Even if BSKE is reset to the original Dec. 5 schedule, Comelec is prepared.

Even if BSKE is reset to the original Dec. 5 schedule, Comelec is prepared.

The Barangay and Sangguniang Kabataan Elections (BSKE) will still be held this year, according to the Commission on Elections (Comelec), which also praised the Supreme Court for praising its work during the elections on May 9.

During Friday’s oral arguments regarding the petition of election lawyer Romulo Macalintal, who argued Republic Act 11935, which moved the BSKE from December 5 to October 2023, is unconstitutional, the Comelec presented its position.

Comelec spokesperson John Rex Laudiangco said in a statement on Saturday that (Comelec) Chairman (George) Garcia “proposed facts on the Comelec’s level of readiness to conduct the BSKE, whether it be on December 2022 or October 2023.”

However, we would like to express our sincere gratitude to the Honorable Chief Justice (Alexander Gesmundo) and the Associate Justices of the Court for their praise of the commission’s outstanding management of the May 9, 2022, national and local elections with the utmost credibility, integrity, and professionalism.

Laudiangco expressed their gratitude for the acknowledgment and stressed that the Comelec is fully capable of organizing and carrying out the BSKE.

The Comelec statement stated, “We shall use them as inspirations in conducting all future electoral processes in an even more effective and efficient manner, and in bringing them closer to the Filipinos with one innovation after another.

They would “subject to the wisdom of the Highest Court and will comply with its orders, processes, and, most significantly, its conclusion on the petitions,” Laudiangco reaffirmed at the same time.

Menardo Guevarra, the state’s solicitor general, argued on behalf of the government, asserting that the legislature’s ability to enact legislation governing elections is not restricted by the constitution.

“Therefore, there is no doubt that Congress has unrestricted authority to pass laws on a wide range of topics, particularly those of public interest, in the absence of any implied or explicit constitutional restrictions. Its constitutionally granted plenary authority must be honored in all elements of administration “The government’s stance was stated.

According to Macalintal, the Comelec alone has the authority to postpone elections or lengthen the terms of office of village officials under the Constitution “once it has ruled that substantial grounds require such postponement.”

Since “SK membership is a mere statutory privilege bestowed by law and that Congress may amend the law at any time to change or even withdraw the statutory right,” he did not challenge the results of the youth elections. 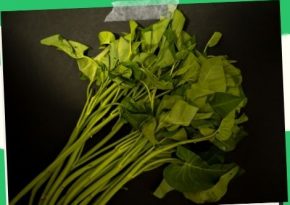 To safeguard consumers, DA and SRA will impose sugar SRPs.

Cebuano English Filipino Due to a spike in sugar prices […]