Senator Sherwin Gatchalian stated that the nation needs a coordinated plan to speed up the electrification of all homes, particularly those in rural areas.

However, the DOE continues to distribute the funds to the National Power Corporation and the NEA (NPC).

According to DOE figures as of March, 95.56 percent of households are electrified.

In the Visayas, the electrification rate is 96.97 percent, whereas it is 98.71 percent in Luzon.

Because cooperatives in Mindanao have a poor degree of electrification, the rate is only 86.39 percent.

The majority of the homes without electricity are found in Sulu, Lanao del Sur, and Basilan.

The DOE has very low usage of its money for electrification, according to Gatchalian, who stated this in a news release on Sunday.

According to Gatchalian, it is regrettable that more than a million rural homes in the nation cannot make use of the numerous advantages of electrification in this day and age. “We need to unify all of the existing electrification initiatives because there needs to be a clear policy on which agency is responsible for promoting rural electrification.”

These, according to the congressman, were the driving forces behind Republic Act 11646, also known as the Microgrid Systems Act, which former President Rodrigo Duterte signed into law in January.

The MGSPs will be permitted to function whenever there is no access to electricity or when the power connection does not guarantee a constant supply of electricity.

Unserved and underserved areas will be identified by the DOE for electrification and servicing by potential MGSPs. 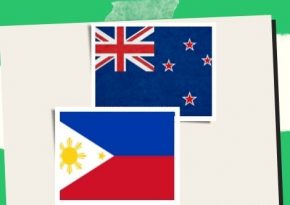 Cebuano English Filipino MANILA – For the past two years, […]

Smartmatic has been ordered by the Comelec to produce a report on a “security breach.”