In light of the threat posed by African swine flu, Negros Occidental Governor Eugenio Jose Lacson stated on Tuesday that President Ferdinand R. Marcos himself acknowledges the right of local government units (LGUs) to control the admission of pigs and pork products in their respective territories (ASF).

“That’s still going on (referring to the confiscation of pork products arriving in the province). The President also acknowledges the LGUs’ legitimate authority to regulate the importation of pork. There is no doubt that as an LGU, we have the authority to choose the sources of the pork that we will accept,” Lacson told the press.

He continued by saying that Interior Secretary Benjamin Abalos Jr. has likewise upheld the LGUs’ legal entitlement to do so.

During his Sunday trip to Negros Occidental and Bacolod City, Lacson had a meeting with Marcos, whose group also included Abalos.

An ASF-free province is Negros Occidental, which has a PHP6 billion hog sector.

Following a reported case of ASF in Oton, Iloilo, Negros Occidental began to forbid the entry of all pigs, pork, pork products, and other related things from the surrounding provinces of Iloilo, Antique, Capiz, Aklan, and Guimaras.

In addition, the prohibition is being imposed in the swine flu-affected regions of Eastern Visayas, Mindanao, and Luzon.

Millions of different pig products have already been captured in locations near Negros Occidental since September 2019 and have been sent back, destroyed, or confiscated at various ports of entry.

Five kilograms of raw pork from Tapaz, Capiz were seized by Barangay Tuburan officials in E.B. Magalona town on Tuesday afternoon at a wake in Sitio Panaosawon.

They burnt the seized meat with assistance from the Provincial Veterinary Office and the Municipal Agriculturist’s Office, according to village chief Ramonito Espacio Jr.

In a previous memo, Lacson gave the Provincial ASF Task Force members instructions to carry out rigid and stringent screening and inspection of incoming shipments of live animals and pork products from Panay and Guimaras, hold checkpoints to intercept and control the movement of live animals, pork, pork products, and other related items entering the province, and confiscate and condemn shipments of undocumented live animals and animal products into the region. 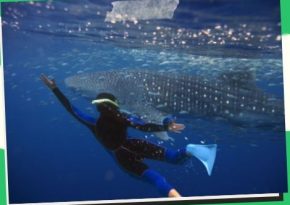 AirAsia and Cebu Pac pushed back their Cebu-Laoag flights.