The PHP20 coin is the newest addition to the country’s legal tenders, and the Bangko Sentral ng Pilipinas (BSP) is currently amending its circular regarding the legal tender limit.

The central bank asked the people to utilize coins that are already in circulation to pay for products and services in a statement released on Wednesday.

Coins with lesser values, on the other hand, can be used to pay for amounts up to 100 PHP.

The BSP is currently updating the abovementioned circular about the 20-Piso coin’s legal tender limit. The 20-Piso coin or banknote may also be used for payment transactions by the general public in the meantime, it added.

According to the BSP, the most common currency denomination in the nation is the PHP20 banknote.

2019 saw the introduction of the two-toned PHP20 coin, the highest denomination among the new generation coinage (NGC).

According to the statement, minting this currency is more cost-effective than printing a paper bill of the same amount because the former has a lifespan of about 10 to 15 years as opposed to the paper bills about a six-month lifespan.

It has been urging wider coin usage to encourage effective coin recirculation.

The use of coins as a medium of trade is hampered by their inefficient circulation, which may also result in artificial coin shortages in some areas. Conversely, efficient coin circulation lowers production costs since fewer coins need to be struck,” it stated.

Cebuano English Filipino According to the latest study conducted by […] 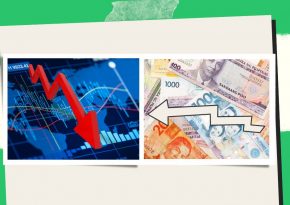 Cebuano English Filipino Prior to Wall Street’s shorter workweek, the […]