The government’s budget shortfall decreased from PHP180.9 billion to PHP179.8 billion in September 2022 as a result of less annual growth in spending relative to receipts.

According to information made public by the Bureau of the Treasury (BTr) on Wednesday, total spending for the ninth month of this year totaled PHP468.6 billion, an increase of 13.63 percent over the PHP412.4 billion reported for the same period in 2021.

The amount of income collected increased from PHP231.4 billion to PHP288.8 billion, a 24.79 percent increase.

The budget deficit for the first nine months of this year decreased by 11.09 percent over the same period last year, falling to PHP1.012 trillion from PHP1.139 trillion.

The latest budget deficit for the nation is PHP1.273 trillion, which is 20.47 percent less than what was planned for the first three quarters of this year.

The increase in revenue collected by the Bureau of Internal Revenue (BIR) accounts for almost 70% of all government revenues, and the Bureau of Customs was the cause of the improvement (BOC).

BIR’s collection target for the first nine months of this year is PHP1.767 trillion, representing a 1.99 percent decrease in overall collections over the same period.

On the other side, the BOC exceeded its collection target for the time period by 17.76%, totaling PHP542.2 billion. 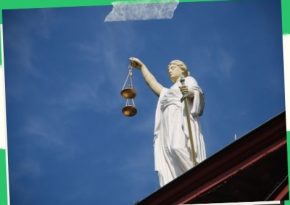 Cebuano English Filipino The Public Attorney’s Office (PAO) will be […]