The AFP must decide which organizations will get a $100 million US award.

The AFP must decide which organizations will get a $100 million US award.

Undersecretary Jose Faustino Jr., the officer in charge of the Department of National Defense (DND), stated that he has given the Armed Forces of the Philippines (AFP) instructions to develop a priority list for the distribution of the US$100 million (roughly PHP5.8 billion) in military aid that will be provided by the United States.

“As a result, I have already given the AFP, along with the Air Force, Navy, and Army, instructions to create a priority list for how to spend the $100 million that will be used for the AFP Modernization Program. I have already given the AFP, including the Army, Navy, and Air Force, instructions to establish a priority list for how the $100 million will be used “During the closing ceremonies of the Aviator Qualification Course Class 19–21 and the ceremonial handover of the Bolkow-Blohm Bo–105 helicopters by Dornier Technologies Inc. to the Philippine Army on Wednesday in Fort Magsaysay, Nueva Ecija, Faustino said in an interview with reporters.

Faustino responded that all Horizon 1 and Horizon 2 projects are currently being reviewed when asked for updates on the AFP modernization initiative.

He continued by saying that the economic situation and the government’s capacity were among the variables taken into account.

According to Faustino, the government is making the list “practical” and truly inexpensive.

The military assistance from Washington DC, according to US Ambassador to Manila MaryKay Carlson, will help Manila make up for the canceled Mi-17 heavy-lift helicopter contract with Russia.

In light of “Russia’s illegal attack, unprovoked conflict in Ukraine,” she continued, the US administration was “extremely thankful to the Philippine government for making the choice” to end its helicopter contract with Moscow.

“(We) have informed the Congress of our intention to make USD 100 million in foreign military finance available to the Philippines, which might be used by the DND to offset that Russian helicopter purchase, as one example,” she said.

Meanwhile, Carlson made it clear that the DND’s modernization efforts would not be mandated by the US.

Faustino claimed that in place of the Mi-17 helicopters that were due to be purchased from Russia’s Sovtechnoexport LLC, the US and other nations had volunteered to deliver heavy-lift helicopters.

He opted not to reveal which nations made the offer, though.

The DND previously announced that a committee that would further consider the official termination of the contract for the 17 Mi-17 heavy-lift helicopters produced in Russia is currently in the process of being reactivated and reconstituted.

An update on the conversations would be given to the Russian Embassy, according to DND spokeswoman Arsenio Andolong.

Andolong also expressed the hope that the parties might address their disagreements amicably without it having an impact on their bilateral ties with Russia.

The contract was terminated, according to the former defense secretary Lorenzana, in July of this year as a result of Duterte’s decision on the potential effects of multiple sanctions placed on Russia as a result of the conflict in Ukraine.

Faustino acknowledged that the project “had not been officially terminated” at a Senate hearing in September, but a contract termination review committee had already been established to handle it.

Considering that the project was carried out through government-to-government procurement, he claimed the government is also attempting to negotiate a refund of the PHP1.9 billion that was granted as an advance payment “through diplomatic channels.” 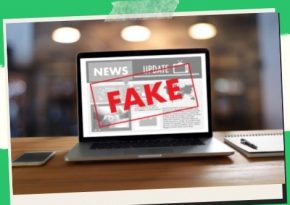 Cebuano English Filipino The communication specialists have been urged to […]

The National Capital Region and 48 other localities are still on Alert Level 1 until April 15th.