PBBM congratulates Xi on being reappointed as the head of the Communist Party.

PBBM congratulates Xi on being reappointed as the head of the Communist Party.

In his opening remarks, he sent his congratulations to Xi via Huang Xilian, the Chinese ambassador to the Philippines, while he was present at the groundbreaking of the Samal Island-Davao City Connector (SIDC) bridge project in Davao City.

Marcos said to Huang, “We must convey our congratulations on the Communist Party Conference’s recent successful return.”

“We are eager to work with the Philippines to advance the policies that President Xi Jinping has outlined for the People’s Republic of China. We look forward to advancing, bolstering, and bringing our two nations closer together,” he continued.

In his speech, Marcos also expressed gratitude to China for being a “reliable partner” in the Philippines’ initiative to develop its infrastructure.

It is obvious to observe the advantages that those projects offer to our people, to our economy, and to the Philippines, he added. “This is not the first project that we had dependent upon concessional loans and even grants from the government of the People’s Republic of China.”

Huang meanwhile reaffirmed China’s commitment to fostering relations with the Philippines as close allies and neighbors.

“We are willing to cooperate hand in hand with the Philippines for mutual benefit and common growth in China’s journey towards China’s modernization,” he said.

He also expressed confidence that the bridge project would signal a new turning point in China-Philippine relations as well as offer villagers a means of subsistence and serve as a monument for the Davao region.

On October 23, Xi was re-elected by the CPC Central Committee to serve a second five-year term as general secretary.

With the likelihood of winning a third five-year term, Xi will surpass Mao Zedong as the nation’s most powerful leader.

On June 13, 2013, Huang traded the Framework Agreement and Loan Agreement between the Philippines and China for a loan grant worth USD350 million or PHP18.67 billion for the bridge project with then-Finance Secretary Carlos Dominguez III.

90 percent of the project’s PHP23.039 billion cost will be covered by the Chinese loan.

On the second reading, the House approves a bill to extend PADC’s corporate life. 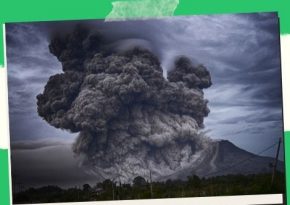 Cebuano English Filipino To promote economic growth in the nation, […]