Even though experts noted the need for additional budgetary reforms, Fitch Ratings’ reaffirm of its investment-grade rating on the Philippines is considered as encouraging international investment.

Fitch Ratings kept the nation’s “BBB” rating with a negative outlook on Thursday because, among other things, it expects domestic demand to remain robust and might lead to a 6.8 percent increase in domestic output this year.

Risks to “growth prospects, fiscal adjustment path, and external buffers” are included in the prognosis.

According to Luis Limlingan, head of sales at equity firm Regina Capital Development Corporation, the rating retention may at least get investors’ attention, the Philippine News Agency (PNA) reported on Friday.

It would still be difficult to determine “the gravity of the inflows into our economy, in general,” he said.

The rating affirmation, which was given for the third year in a row, according to Michael Ricafort of Rizal Commercial Banking Corporation, “would still assist attract additional foreign investments into the country from a broader roster of international investors,” he added.

In a message to the PNA, he stated that a better credit rating would help the country/government attract more credit/loans at a relatively lower cost and more favorable terms because it would reduce the country’s risk profile/risk premium amid the improvement of the country’s economic and credit fundamentals.

The rating outlook, according to Ricafort, “highlights the need to further reduce/improve the country’s debt-to-Gross Domestic Product ratio from 62.1 percent to below the international threshold of 60 percent in the coming years through continued fiscal/tax reform measures to increase government revenues through intensified tax collection and also reduce government expenditures.”

He claimed that the administration’s proposal for rightsizing is one method of lowering government spending.

Government spending will be cut in order to close the budget shortfall, reduce the need for borrowing, and “tame the growth in the government’s outstanding debt to prevent a genuine credit rating drop from happening,” according to Ricafort.

In addition to this, he continued, “anti-wastage, anti-leakage, and anti-corruption (measures) would lower government spending to help further enhance the country’s fiscal performance.”

DTI is looking towards releasing a new SRP list. 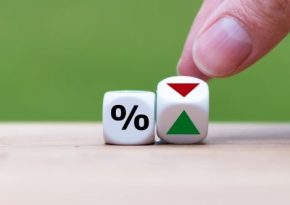 Cebuano English Filipino On Wednesday, the facility’s interest rates were […]