192K police and 5.8K help hubs have been sent to secure “Undas,” according to PNP 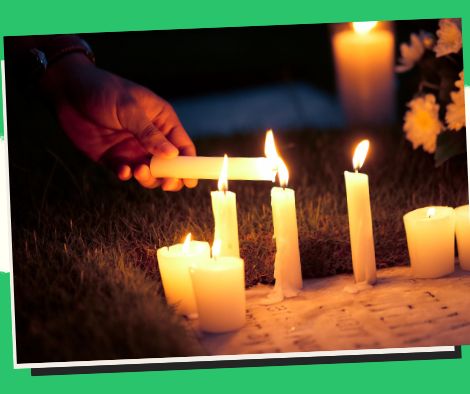 192K police and 5.8K help hubs have been sent to secure “Undas,” according to PNP

Approximately 5,784 police assistance desks (PADs) have been set up, according to the Philippine National Police (PNP), in 4,769 public cemeteries, memorial parks, columbaria, and catacombs across the nation.

About 192,000 police officers are also on duty to protect the yearly celebration of All Saints and All Souls’ Days, according to PNP commander Gen. Rodolfo Azurin Jr.

He claimed that the police officers manning these PADs were under strict orders to carry out their responsibilities as assigned with the ideal mixture of firm decisiveness and reasonable flexibility within the confines of the law.

Azurin said, “Let me reiterate the gentle reminder to the public to please be mindful of existing laws and local ordinances that explicitly prohibit certain activities in public cemeteries and memorial parks; as well as the possession of prohibited items inside these places such as firearms and/or other deadly weapons, illegal drugs, intoxicating beverages, flammable and hazardous substances, gambling paraphernalia, and audio-visual devices that emit loud and irritating sound.

He claimed that through participating in religious observances and paying tribute to our dearly departed, the PNP unites the country in the mournful customary observance of All Saints’ Day and All Souls’ Day.

“We respectfully ask that you remember in your prayers our deceased brothers and sisters in the uniformed services—the nameless and untold number of police officers, soldiers, sailors, and airmen who made the ultimate sacrifice for future generations to see our nation free. Their noble souls may now rest in peace, Azurin remarked.

He also said that in need of police assistance, on-the-go drivers may use the national emergency number 117 or alert the Police Assistance Centers located along key thoroughfares and national highways.

According to Kraft, the staff will offer public safety services in 16 columbaria, and 28 public, and private cemeteries, all of which are within the southern metropolis’s sphere of jurisdiction.

The SPD includes the municipalities of Pateros and the cities of Makati, Pasay, Taguig, Paranaque, Las Pias, and Muntinlupa.

Additionally, the District Director gave orders to all police chiefs of the seven police stations under SPD to improve police visibility on the streets and conduct round-the-clock foot and mobile patrols to dissuade criminal activity.

With coronavirus limitations being loosened, it is anticipated that a significant number of individuals will visit cemeteries and columbaria during this year’s celebration.

In order to maintain law and order, public safety, and the enforcement of the minimum public health requirements, Torre stated that the QCPD will post roughly 4,000 officers in all cemeteries and columbaria, as well as bus terminals, MRT/LRT stations, and malls within the Quezon City area.

He continued by saying that PADs were installed in every cemetery and columbarium to provide instant help to the general public and to be used for surveillance and other police-related tasks.

Recently, the QCPD Drone Squadron was also established in order to conduct anti-criminality operations in cemeteries, columbaria, and other congested areas. A live feed will be sent to the command post at QCPD Headquarters by skilled drone pilots operating this.

NCRPO officers and force multipliers such as Barangay Tanods, the Metro Manila Development Authority (MMDA), and other concerned agencies are deployed in addition to the QCPD.

While the PNP is still concerned with post-disaster response operations in the wake of Severe Tropical Storm Paeng, which wreaked havoc in several parts of the country over the weekend, Azurin said the PNP would remain focused to maintain order and security on this national holiday.

“Let me express the PNP leadership’s gratitude to all police responders who carried out their disaster response duties despite Storm Paeng’s onslaught. I’m happy to report that the elements of efficient command and control, teamwork and frontline leadership, appropriate training and equipment, perseverance, and attitude all contributed to the PNP’s disaster response mission’s successful completion with no police responders losing their lives, he emphasized.

Azurin said that no recorded incidences of looting occurred in evacuated towns and that all police units in the affected areas were still intact, fully operational, and capable of carrying out police operations that led to the orderly evacuation and general peace and order.

In a related development, Azurin stated that the PNP is pleased with the most recent statements made by Justice Secretary Jesus Crispin Remulla regarding the important revelations made during the investigation into the Percy Mabasa slaying case.

He said, “The PNP is handling the documentary, material, and testimonial evidence acquired until yet by the SITG Percy Lapid that we will submit in Court with caution.

Cebuano English Filipino As he recounted the obstacles he experienced […]

Beginning February 1, the NCR and seven provinces have been placed on Alert Level 2.

Cebuano English Filipino The National Capital Region and seven other […]