Angara: Senate is expected to adopt the P30-B catastrophe fund for 2023.

Angara: Senate is expected to adopt the P30-B catastrophe fund for 2023.

According to Senator Sonny Angara, the 19th Congress will authorize PHP30 billion for the government’s Calamity Fund 2023, also known as the National Disaster Risk Reduction and Management Fund (NDRRMF).

This year’s calamity fund, according to Angara, is bigger than in past years.

“This is appropriate given the recent increase in typhoon frequency and power. The committee will undoubtedly be open to any reforms that would aid our people in these trying times and that would enhance how the government responds to these catastrophes “In a statement, he said.

The Senate is now analyzing and making changes to the suggested calamity fund for 2023, according to a recent statement from Senate President Juan Miguel Zubiri.

“We need to strengthen the ability of the NDRRMC [National Disaster, Risk Reduction and Management Council] and related institutions and local governments,” Zubiri said. “With the recent earthquake in Abra and now (super tropical storm) Paeng.

He continued, “We need to address our disjointed disaster management efforts and go forward with a whole-of-government strategy.

Out of the PHP5.02 trillion 2022 budget, the national government approved PHP20.7 billion in catastrophe funds for this year, of which PHP5.9 billion had already been spent under the Duterte administration and PHP14.7 billion was still available when the Marcos administration took office.

Angara stated that the Senate Committee on Finance, which he chairs, is scheduled to file a committee report on the continuation of the regular session next week once all the senate budget discussions for the 2023 budgets of clustering agencies have been completed.

“We plan to deliver the sponsorship speech in the afternoon,” he added. “We intend to file the committee report on the budget (general appropriations act) on Tuesday morning, Nov. 8.”

According to Department of Budget and Management Secretary Amenah Pangandaman, the PHP5.268 trillion proposed national budget for 2023 was developed in support of the Marcos administration’s 8-point Socioeconomic Agenda centered on the theme, “Agenda for Prosperity: Economic Transformation Towards Inclusivity and Sustainability,” which seeks to address the immediate and pressing concerns of all Filipinos.

Supporters of Robredo will intensify their door-to-door campaign. 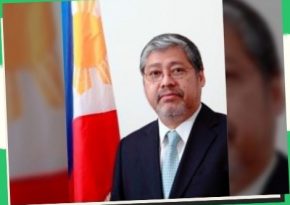 In the 30th year of relations with Ukraine, President Obama reiterates his open-door policy.

Cebuano English Filipino MANILA, Philippines — In the midst of […]