On Chinese fertilizer imports, DA and PTIC will sign a deal.

On Chinese fertilizer imports, DA and PTIC will sign a deal.

According to Malacanang, a memorandum of arrangement (MOA) to import inexpensive fertilizers from China will be signed this week by the Department of Agriculture (DA) and the Philippine Trade and Investment Center (PTIC).

This was discussed when President Ferdinand R. Marcos Jr. met with representatives from the DA, Department of Trade and Industry (DTI), and the PTIC to explore various steps that will facilitate the entry of cheaper fertilizers that will be supplied to farmers for free to cut food prices.

According to a news statement from the Palace, “PTIC President and Chief Executive Officer Emmie Liza Perez-Chiong stated her agency expects to buy an initial 150,000 metric tons (MTs) of fertilizer this year from China at USD 470 per MT from the current USD 650 per MT.

The MOA between the DA and PITC is currently being drafted. The MOA is a prerequisite for the importation plan for PTICs.

Another prerequisite for PTIC to import fertilizer is a sovereign guarantee from the government-owned Landbank for a credit line of PHP1 billion, according to Malacanang.

On the side of the DA, Marcos, who is also the Agriculture Secretary, will sign the MOA.

Additionally, I will persuade Landbank to permit DA to stockpile fertilizer in its vacant warehouses, Marcos added.

A PHP4.1 billion subsidy from the DA will be used to purchase fertilizers that will be given out to farmers.

With that money, approximately 2.277 billion bags of urea might be distributed to farmers via cooperatives and groups of farmers.

For use the following year, the government intends to import about 300,000 MT of fertilizer.

Since its founding in 1973, the PITC—the only state trading corporation in the nation—has assisted local organizations and enterprises in gaining from trade abroad.

In July of last year, Marcos declared he wanted to pursue government-to-government agreements with major fertilizer producers including China, Indonesia, the United Arab Emirates, Malaysia, and Russia to buy fertilizer at lower prices.

Additionally, he requested information from DA officials on the department’s distribution strategy throughout the planting season as well as the source and cost of fertilizers. 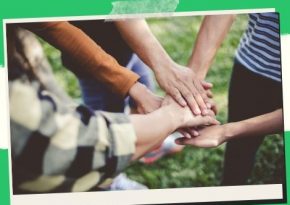 Cebuano English Filipino As the Christmas holiday approaches, the Philippine […]

Cebuano English Filipino Apart from terrorists and the New People’s […]