In accordance with the Department of Transportation’s instructions, the provincial government of Pangasinan will put into practice the Local Public Transport Route Plan (LPTRP), which establishes 44 rationalized routes and 12 developmental routes throughout the province (DOTr).

This comes after the Land Transportation Franchising and Regulatory Board’s LPTRP’s resolution was approved by the Sangguniang Panlalawigan on Monday (LTFRB).

Engr. Karen Casaa, a planning officer for the LTFRB in the Ilocos Region, stated during the meeting that the new routes will use 1,262 modernized jeepney units for the rationalized routes and 100 units for the developing routes.

“A plan outlining the mode, necessary quantity of units per mode, and route network for providing public land transportation services. The local government units (LGUs) prepared this, and the LTFRB gave its approval. This strategy will act as the framework for a thorough local transportation plan, she said.

Franchises are being awarded for routes that have been identified and approved by the DOTr and LTFRB, she continued, “while the LPTRPs are being developed.”

The Ilocos Region’s Pangasinan province received notice of compliance with the LPTRP first.

Anabel Marzan-Nullar, a lawyer who serves as the LTFRB Ilocos’ top transportation development officer, noted that the law gives PUVs until March 31, 2023, to be modernized.

She claimed that impacted drivers had access to a transfer plan for cooperative members.

They will be moved to other routes as long as they are participants in legitimate transportation cooperatives. There were also other social support programs in existence, she continued.

In Mabalacat City, 150 children were vaccinated against Covid-19 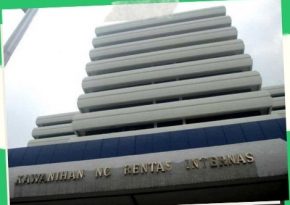 The Bureau of Internal Revenue advises election candidates to collect taxes from vendors.