On Monday’s third and final reading, the House of Representatives passed 11 national and local laws, marking the session’s productive return after a vacation of more than a month.

On the first day of our resumption of the session, we got right to work. On Tuesday, Speaker Martin Romualdez declared that the day had been constructive.

Instead of making statements about privileges, according to Romualdez, House members approved legislation aimed at enhancing the security of both public and private infrastructure, safeguarding the environment, and promoting the nation’s tourism.

The National Building Code will henceforth be included in engineering and architectural courses as well as on exams for these professions, according to House Bill (HB) No. 5087.

HB No. 5110, which aims to “strengthen the conservation and protection of Philippine cultural heritage through cultural mapping and enhanced cultural heritage education program,” and Bill No. 3622, which would give the Philippine Aerospace Development Corp. an additional 50 years of existence, are the other two proposed laws of national application.

The state corporation, which is governed by the Department of National Defense (DND), will reach the end of its corporate life on September 5, 2023.

Representatives Kristine Singson-Meehan of Ilocos Sur, Lord Allan Jay Velasco, a former speaker of the House of Representatives, and Christopher de Venecia of Pangasinan are the primary authors of the two proposals.

The House also passed three resolutions condemning the senseless death of renowned broadcaster Percy Lapid and expressing sympathy to the families of those who perished amid the onslaught of Severe Tropical Storm Paeng.

The eight additional indicators of regional significance and their main authors are:

— Rep. Edwin Olivarez’s HB 5168, which designates the vicinity of the National Shrine of Our Mother of Perpetual Help, also known as Baclaran Church along Roxas Boulevard in Paranaque City, as a heritage site and a major tourist destination.

— HB 5169, introduced by Deputy Speaker Aurelio “Dong” Gonzales Jr., designates Mount Arayat, which straddles the border between the Pampanga municipalities of Arayat and Magalang, as an ecotourism attraction.

— HB 5172, introduced by Rep. Rufus Rodriguez, designates the Dao tree as the Cagayan de Oro Heritage Tree and designates it as a tourism destination. It is situated in the secondary forest of the E. Pelaez Ranch in Bayombong, Barangay Cugman, Cagayan de Oro City.

The 11 bills will soon be sent from the House to the Senate for their review. 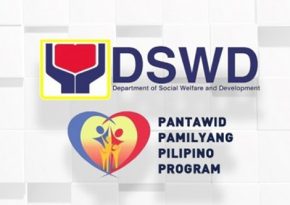 Since 2020, almost 24K families have graduated from 4Ps

By mid-December, BOC will deliver the balikbayan boxes left behind by OFWs.