Ilocos Norte households can anticipate cheaper electricity costs this month because to a decline in power prices of more than PHP2 per kilowatt-hour (kWh) in November.

The Ilocos Norte Electric Cooperative (INEC) said in a statement that thanks to a partnership between the cooperative and the provincial government to reduce electricity rates here, the province’s average electricity rate fell by PHP2.3860 per kilowatt to PHP15.5106 in November from PHP17.8966 in October.

According to INEC spokeswoman Noel Andres, “For a home utilizing 100 kWh for example, the reduction is comparable to a saving of more than PHP200 in their overall electricity bill.”

According to him, the November rate was reduced by PHP1.9731 per kWh in the generation fee and PHP0.2576 in the system loss charge as a result of both technical and non-technical system losses.

The value-added tax that INEC collects from member-consumer-owners and pays to the Bureau of Internal Revenue has decreased by PHP0.2145 to PHP1.5950 per kWh this November from PHP1.8095 per kWh the previous month. Franchise tax has also decreased.

Ilocos Norte is known as the Philippines’ capital of renewable energy, but over the past few months, many households and owners of hotels, restaurants, and other commercial establishments in the province have taken to social media and the streets to voice their displeasure over what they claimed was the most expensive electricity rate in the nation.

Governor Matthew Joseph Manotoc responded by assuring his supporters that he would use every available tool to lessen the burden on consumers.

The lower electricity rates have pleased some local consumers.

INEC surprised me once more. This time, we had a welcome surprise because our energy bill was PHP 2,000 less than it was the previous month, according to Karen Lucas of Barangay 5.

She referred to the electricity rate cut as “excellent news,” given the high price of essentials like fuel and food.

Masinloc Power Partner Co. Ltd., Wholesale Electricity Spot Market, and its mini-hydropower plant in Pagudpud town are the sources of the INEC’s supply as of this writing.

Family meal kits are delivered to Abra by DSWD-3. 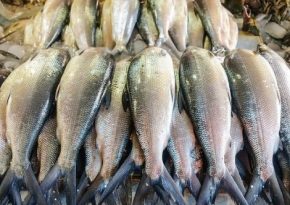 Due to two Covid-19 deaths, parents are recommended to vaccinate their children.