Inflation in Eastern Visayas increased to 7.4% in October.

Inflation in Eastern Visayas increased to 7.4% in October.

According to a study released on Wednesday by the Philippine Statistics Authority (PSA), Eastern Visayas had an inflation rate of 7.4 percent in October 2022, following two months of deceleration.

The rate for October is higher than the 6.9 percent and 7.2 percent seen in September and August, respectively.

The rising costs of housing, water, electricity, gas, and other fuels were the main causes of the regional rate’s upward trend in October 2022.

“From 8.6 percent the month before, it recorded a double-digit inflation rate of 11.1 percent in October. The strongly weighted food and non-alcoholic beverage index came in second, rising from 7.7 percent in September to 8.1 percent in October, according to a statement from PSA Regional Director Wilma Perante.

In October 2022, the food index’s inflation rate jumped to 8.5 percent from 8 percent the previous month.

The index for vegetables, tubers, plantains, cooking bananas, and cereals increased at a quicker rate than other food categories, which had a major impact on the adjustment in food inflation.

The food index accelerated during the month in part due to the quicker double-digit growth of sweets, candies, and desserts.

During this time period, higher price adjustments for restaurants and lodging services, furniture, household equipment, and routine household maintenance, alcoholic beverages and tobacco, personal care, and other goods and services, clothing and footwear, health, and recreation, sports, and culture also contributed to the uptrend in the regional inflation rate.

Inflation rates rose in all six of the region’s provinces in October 2022.

With a rate of 10.6%, Southern Leyte has the highest rate among the provinces. Eastern Samar came in second with 8.4 percent, Samar third with 7.8 percent, Northern Samar fourth with 9.3 percent, and Biliran fifth with 7.3 percent.

Leyte had the lowest inflation rate, which was 6.3 percent.

Inflation in Tacloban, the only heavily developed city in the area, was 4.3 percent in October 2022, just under 4.5 percent in September.

The consumer price index’s yearly rate of change, often known as its year-over-year changes, is known as the inflation rate.

It shows how quickly or slowly the price fluctuates over two time periods (year-on-year).

Contrary to popular belief, Perante claimed that a low level of inflation does not necessarily indicate that the cost of goods is declining, but rather that they are still rising albeit more slowly.

Except for petroleum products, which are tracked every Friday by the PSA provincial, data for the consumer price index are collected twice monthly.

The first five days of the month are dedicated to the collection, while the second phase takes place from the 15th to the 17th. 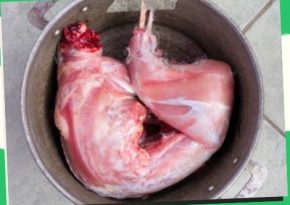 Cebuano English Filipino Every Friday, the “Farmers’ Market” on the […] 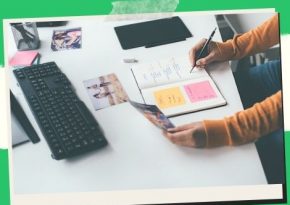 Over 1.3 million Caraga inhabitants have been fully vaccinated.