Honored to meet the King of Cambodia, PBBM 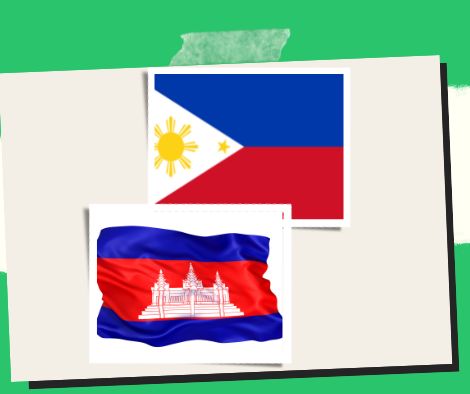 Honored to meet the King of Cambodia, PBBM

Before the official start of the 40th and 41st Association of Southeast Asian Nations (ASEAN) Summit and Related Summits in Phnom Penh, Cambodia, from November 10 to 13, Marcos and his fellow leaders from Southeast Asia paid Sihamoni a royal audience.

Marcos also praised Prime Minister Hun Sen of Cambodia for allowing him and other ASEAN leaders to meet with Sihamoni.

Marcos promised to strengthen the “enduring relationship” between the Philippines and Cambodia in August of this year.

On August 20, 1957, the Philippines and Cambodia formally established diplomatic relations.

In a statement published on its official Facebook page, the Office of the President claimed that Marcos and the nine other ASEAN leaders stressed the importance of fortifying regional connections “for the benefit of the people of South East Asia and beyond.”

In a different Facebook post, Marcos expressed confidence that the Philippines’ involvement at the ASEAN conference will improve ties with its ASEAN neighbors and dialogue partners.

“Aside from the discussions with leaders of ASEAN member-states, we will also hold a meeting with our ASEAN dialogue partners, including Canada, China, Japan, and the United States,” he said.

“We are optimistic that we will have better relations with leaders of nations we will have interaction with in the future days,” Marcos continued. “Umaasa tayong mas titibay ang ating relasyon sa mga bansang ating makakasalamuha sa susunod na mga araw.”

ASEAN leaders are anticipated to concentrate on regional collaboration on a number of issues, such as food security, climate change, health, and economic recovery.

Regional problems like the 2019 coronavirus pandemic, the state of Myanmar, the situation in the South China Sea, and the ongoing confrontation between Russia and Ukraine will also be covered.

Comelec rejects the election protest against the mayor of Manila