Marcos wants to improve relations with Brunei and Canada.

Marcos wants to improve relations with Brunei and Canada.

On Saturday, President Ferdinand R. Marcos Jr. declared his intention to increase the Philippines’ degree of collaboration with Canada and Brunei.

Marcos and Brunei Darussalam Sultan Haji Hassanal reached an understanding to strengthen bilateral ties during a meeting on the sidelines of the 40th and 41st Association of Southeast Asian Nations (ASEAN) Summit and Related Summits in Phnom Penh, Cambodia.

In a bilateral meeting today, President Ferdinand R. Marcos Jr. and His Majesty Haji Hassanal Bolkiah, Sultan of Brunei Darussalam, decided to strengthen their friendships, according to a Facebook post from the Office of the President (OP).

Among the ten ASEAN member states are the Philippines and Myanmar. Cambodia, Indonesia, Laos, Malaysia, Myanmar, Singapore, Thailand, and Vietnam are additional members.

As the leader of the nation, Marcos attended the 40th and 41st ASEAN conferences for the first time.

The OP stated that during his discussion with Bolkiah, Marcos underlined his desire to build deeper ties with Brunei in order to combat climate change.

On the other side, Bolkiah sent his sympathies to the Philippines after Severe Tropical Storm Paeng claimed the lives of more than 100 people there.

The OP stated that “PBBM (Marcos) hoped that their two nations would cooperate to lessen the effects of climate change for the benefit of their citizens.”

Marcos also aimed to improve ties between the Philippines and Canada by increasing their mutual cooperation in a number of areas.

At the ASEAN-Canada Commemorative Summit, Marcos expressed the hope that Canada will support the Philippines’ efforts to prosper economically, protect ecosystems, and advance the rights of women and migrant workers.

He said this while acknowledging that there are over 900,000 Filipinos living in Canada.

The OP stated that as there are over 900,000 Filipinos living in Canada, the president wants to advance economic cooperation, strengthen inter-ethnic relations, seek to preserve ASEAN’s diverse ecosystems, and support migrant workers and women’s rights. 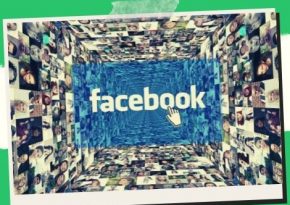 Facebook has been cautioned to be cautious when removing accounts before elections.