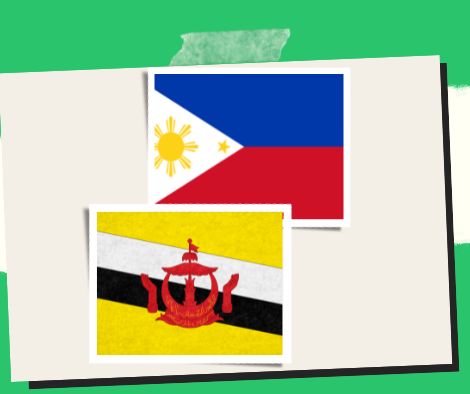 On Saturday, President Ferdinand R. Marcos Jr. acknowledged the critical part that the Sultanate of Brunei played in advancing the peace in Mindanao.

Marcos assured Brunei Sultan Hassanal Bolkiah that efforts to ensure long-lasting peace in Mindanao are continuing despite the challenges presented by the Covid-19 pandemic during their bilateral meeting that took place on the sidelines of the 40th and 41st ASEAN Summit and Related Summits in Phnom Penh.

“Your Majesty, I’m pleased to advise you that the peace process is moving along. Despite this, we have given the Transition Authority an additional three years’ extension solely because they were unable to carry out their duties during the pandemic, added Marcos.

“I feel that this process—the talks between the Bangsamoro and our Muslim brothers and sisters that started in 1976—are the result of it. And we are overjoyed “Added he.

In the peace process in the southern Philippines, Brunei is a member of the International Monitoring Team and the independent decommissioning body.

Meanwhile, Bolkiah promised that his nation would continue to support the Philippines’ attempts to maintain peace and stability.

The sultan declared, “We will continue to help your government’s efforts to ensure peace and stability in the southern Philippines through different initiatives, including our involvement in the unification and modification assistance.

He expressed excitement about the establishment of an autonomous government in the south.

Bolkiah also praised Marcos for his unwavering efforts to bring about peace and prosperity in the BARMM.

The first regular BARMM elections were postponed from 2022 to 2025 by Republic Act No. 11593, which was passed into law by then-President Rodrigo Duterte in October 2021.

As a result, the region will be governed for a further three years by appointed rather than elected leaders.

The Bangsamoro Transition Authority (BTA) is extended by RA 11593, but Marcos was given the opportunity to appoint new members for the additional three years that it will be in power.

In August, Chief Minister Ahod Balawag Ebrahim and other interim BTA members were sworn in under Marcos’ direction.

In the same meeting, Marcos expressed his pride at seeing how his father, the late President Ferdinand Marcos Sr., helped to shape the relationship between Brunei and the Philippines.

“I can remember the first time my father came to see you, and I was able to go with him. I recall that I had just so happened to be on holiday from my studies in the UK and was in Manila. You must come, my father commanded. And I was fortunate enough to accompany him and take advantage of Your Majesty’s hospitality “said he.

In contrast, Bolkiah recalls having the late President stay with him in Brunei in February 1984 for the first National Day celebration of the nation.

Additionally, diplomatic ties between Brunei and the Philippines were established in that same year.

Since that time, our relationships have only become better. At every level, communication between us is dynamic. In Brunei, there is a sizable Filipino population. They make a significant contribution to our socioeconomic development and play a vital role in our expansion, according to Bolkiah.

With more direct flights between the two nations, the monarch also voiced the hope that more Filipinos will visit Brunei.

Cebuano English Filipino Women and the youth, who comprise around […] 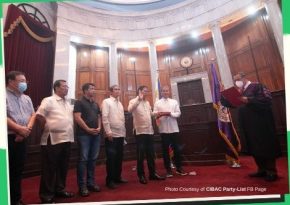