Due to the higher US currency and concern over a dramatic increase in coronavirus infections over the weekend in China, oil prices ended the day Monday down.

Compared to Monday’s daily highs of around $90 per barrel, US benchmark West Texas Intermediate (WTI) oil futures dropped more than 3% to trade below $86 per barrel.

The US CPI, which gauges changes in prices from the perspective of consumers, indicated a slowdown in inflation last week, giving investors hope that the Fed may scale back interest rate increases in the months to come.

The Organization of the Petroleum Exporting Countries (OPEC) lowered its forecast for the increase of the world’s oil demand for 2022 and 2023 downward by 0.1 million barrels per day (BPD) and predicted that the demand would rise by 2.5 million and 2.2 million BPD, respectively, in those years.

The Organization for Economic Cooperation and Development (OECD) countries’ oil demand will increase by roughly 1.3 million BPD this year, as well as non-OECD countries’ demand, according to OPEC’s most recent monthly oil market report.

Because oil demand in the major OECD oil-consuming nations was higher than anticipated, the second quarter of this year was revised upward.

But the oil demand for the third and fourth quarters has been reduced lower because of China’s “zero COvid-19” policy, continuous geopolitical unrest, and weaker economic growth.

Separate acquisitions of natural gas companies with connections to the Russian state-owned enterprise Gazprom were announced by Germany and Poland.

A former Gazprom subsidiary is being nationalized, according to the German government.

Securing Energy for Europe GmbH (SEFE), formerly known as Gazprom Germania, is a network operator and is indirectly in charge of the largest gas storage facility in Germany, located in the town of Rehden in the country’s northwest.

The imminent insolvency of SEFE, which would jeopardize the security of supply in Germany, was used by the Economy Ministry to support the nationalization steps in a statement released on Monday.

In a statement, SEFE stated that the decision’s legal justification was found in the nation’s Energy Security Act and added that doing so “jeopardizes the future of SEFE’s business activities and, consequently, the gas supply.”

In order to safeguard Poland’s energy security, the Polish government also claimed that Gazprom’s portion of the Yamal gas pipeline system was under “temporary compulsory administration.” 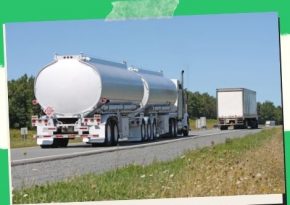 G7 and Australia agree to a $60 per barrel cap on the price of Russian oil.

Cebuano English Filipino The price restriction on Russian oil will […]