Vendors of antiques are adhering to the price freeze: DTI

Vendors of antiques are adhering to the price freeze: DTI

In a statement released on Tuesday, the Department of Trade and Industry (DTI) provincial office in this city noted that so far, vendors in the province have complied with the automatic price ceiling (APC), which was implemented in the wake of Severe Tropical Storm Paeng.

Chief DTI Antique Officer According to Lynna Joy Cardinal, they have been using the councilors from their Negosyo Center to monitor prices in 18 towns since November 7th.

The main retail establishments in Antique, according to our surveillance, are likewise complying with the APC, Cardinal stated. Because of Paeng’s consequences, the province continues to be in a condition of catastrophe.

In order to help retail businesses comply with the APC, Cardinal claimed that prices for basic and premium commodities had been offered.

Cardinal further reassured the populace that the province had an adequate supply of essential and luxury goods.

There is enough supply currently, Cardinal stated, unlike the first week of November when the supply of noodles and sardines was in high demand and nearly running out due to the numerous relief operations.

She said that after Paeng rendered many key routes impassable, the DTI Regional Office also asked the Office of Civil Defense to request a Navy ship to transfer commodities from Iloilo province to Antique.

The most recent delivery, which took place yesterday, Nov. 14, was made by the Navy ship, according to Cardinal.

The majority of the providers of the essential and premium commodities in Antique are situated in Iloilo City, a hub of trade and business in Western Visayas. 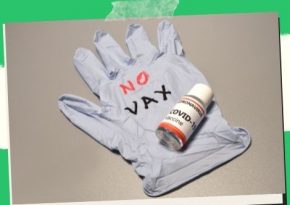 The NTF-ELCAC partnership successfully establishes tourism sites in the town of DavSur.