Phase 1 of the PH broadband plan will go into effect in 2019: DICT

Phase 1 of the PH broadband plan will go into effect in 2019: DICT

Senators have received assurances from the Department of Information and Communications Technology (DICT) that the National Broadband Plan (NBP) will begin providing services to the general public by mid-2023.

Sen. Grace Poe, who was defending the proposed PHP8.7 billion DICT budget for 2023, provided the promise.

“Activating 28 national fiber backbone nodes spread over 12 provinces between the cities of Laoag and Quezon is the focus of Phase 1 of the NBP, which is currently 73 percent complete. Midway through the following year, Laoag will be connected to Quezon City. So, let’s see,” Poe replied when asked about the outcomes of Phase 1 of the NBP on Wednesday evening by Senate Minority Leader Aquilino Pimentel III.

In order to keep up with the current technological trend and save money for the government, she claimed, the nation needed a strong ICT foundation.

“It serves as a backbone for the government, but it also. Additionally, it can be leased to private businesses like Globe and Smart. So, we may also earn,” Poe remarked, adding, “pwede rin tayong kumita.”

Concerned about the project, Pimentel questioned DICT Secretary Ivan John Uy if it was realistic to proceed with finishing the NBP when there were private corporations that could give the government access to their well-established ICT infrastructure.

Should we still strive for a national backbone that we can only afford to fund at 2% annually? In other words, we’ll finish building that backbone in 20 to 30 years. After completion, it will still be incomplete because the first phase is already out of date, he questioned.

According to Poe, the NBP will give the government the backup it needs and won’t leave it at the whim of for-profit service companies.

“The government is a big business in and of itself, and having its own network with all the government departments will be quite beneficial. Even if we do this in stages, like as from Laoag to Quezon City, the completed phase can already be operational, she clarified, even if the remaining phases have not been finished.

The NBP, which was started five years ago, intends to offer the Philippines’ distant regions faster, more effective, and equitable broadband connectivity.

As of August of this year, 981 government offices in 13 provinces have high-speed broadband connections thanks to the DICT.

According to the World Economic Forum’s most recent network readiness rating, the Philippines’ Internet speed has increased, climbing from position 83 to position 71.

The government has so far provided roughly PHP5 billion toward the estimated cost of the NBP, which comprises five phases and is expected to cost PHP100 billion.

Poe, who had successfully defended the DICT’s planned 2023 budget of PHP11.32 billion, also supported the idea of providing the agency with intelligence funding so it could keep an eye on potential cyberattacks and protect the nation.

There will be no overcharging for Covid-19 supplies: Speaker of the House

Cebuano English Filipino The House Committee on Good Government and […] 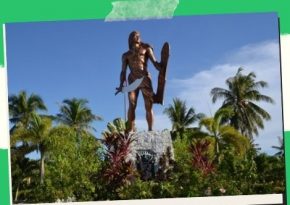 Duterte wants a larger statue of Lapulapu, a Filipino hero.