According to an economist, upward revisions in the average inflation rate reported by the Bangko Sentral ng Pilipinas (BSP) for this year and next are anticipated as a further indicator of the potential for further increases in the key interest rates of the central bank.

The BSP revised its average inflation projection for this year on Thursday from 5.4 percent to 5.8 percent and its forecast for 2023 from 4 percent to 4.3 percent, saying that inflation risks remain on the upside.

According to senior economist Michael Ricafort of Rizal Commercial Banking Corporation, inflation would reach an 8 percent peak in the fourth quarter of this year.

“Therefore, additional local policy rate hikes could still be feasible for the upcoming months,” he added. “This is backed by generally robust economic indicators; also as a function of potential Fed rate hikes as well as the behavior of the peso exchange currency, going forward.”

The Monetary Board (MB), which sets policy for the BSP, increased the main interest rates on Thursday by an additional 75 basis points, following the Federal Reserve’s earlier this month.

In order to mitigate the negative effects of the stronger dollar on the peso and promote price stability, among other things, BSP Governor Felipe Medalla stressed the significance of preserving the interest rate difference between the United States and the Philippines.

The expectation of a second increase in BSP rates next month, according to Ricafort, “could also be again a pre-emptive move on a possible further Fed rate hike of about +0.50 to 4.50% (upper range of the Fed target) on the next Fed/FOMC (Federal Open Market Committee) rate-setting meeting on Dec.14, 2022.”

In order to lower the elevated US inflation/CPI (consumer price index), he continued, “hence, over the upcoming months, more local policy rate hikes are still possible, if necessary, as a function of any subsequent Fed rate hikes.”

In the following nine months, the Bank of the Philippine Islands (BPI) predicts that price pressures will continue high and prevent the rate of price increases from slowing to within the government’s goal zone.

According to research released on Thursday, “supply bottlenecks will probably endure in the absence of fundamental improvements in the agriculture business.”

According to the research, “food product imports may not provide adequate comfort since food costs are similarly high globally.”

If oil prices remain where they are, the inflation rate is expected to be between 7.5 and 7.6 percent in November and December of this year and begin to decline in the first half of next year.

“We anticipate that full-year average inflation would remain over the BSP’s 4 percent target in 2023,” it continued.

Cebuano English Filipino MANILA, Philippines — According to the National […] 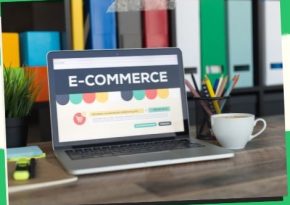 The Filipino-owned eCommerce site will be launched by a PH company.

Cebuano English Filipino In the second quarter of 2023, the […]