Senate budget amendments start on Monday with Intel funds as the top item.

Senate budget amendments start on Monday with Intel funds as the top item.

The proposed PHP5.268 trillion National Expenditure Program of 2023 will be subject to revisions beginning Monday in the Senate, with the confidential and intelligence funds (CIFs) receiving the most attention.

During a radio interview, Finance committee chair Senator Sonny Angara stated that conflicts will be settled through nominal voting.

The Office of the Vice President (OVP), the Department of Education (DepEd), and the Office of the Solicitor General (OSG), all of which failed to acquire such funds for 2022, will not receive the “enormous” CIF allotment, according to Senate Minority Leader Koko Pimentel.

The overall PHP9.3 billion for CIFs, according to Angara, is fine because it will meet the needs of the agencies, but he recognized that there needs to be agreement among his coworkers.

He claimed that “at one point,” the agencies had CIFs.

Angara claimed that the planned budget for 2023 is centered on economic recovery as the nation works to recover from the downturn brought on by the almost three-year-old Covid-19 outbreak and the conflict between Russia and Ukraine, which increased oil costs.

The plans “are funded and will be executed right now by” 2023, according to Lahat’yan, who stated this in Angara’s words. 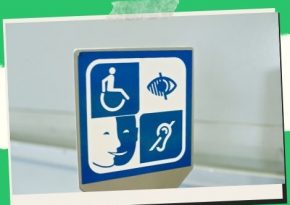 In the Philippines, more than half of the local government units (LGUs) lack a PWD office: NCDA