The House approves a bill to excuse outstanding ARB loans under CARP.

The House approves a bill to excuse outstanding ARB loans under CARP.

The House of Representatives on Monday passed a bill to free agrarian reform beneficiaries (ARBs) from the financial burden of repaying loans made in connection with agricultural land awards made under the agrarian reform program with 245 affirmative votes and one abstention.

The Comprehensive Agrarian Reform Program (CARP) or other agrarian reform programs or legislation secured existing loans of ARBs under those programs or laws shall be excused and written off under the proposed law, “releasing all ARBs from the payment, thereof.”

In accordance with the relevant agrarian reform law, the Department of Agrarian Reform (DAR) shall issue a Certificate of Condonation, which shall be annotated on the beneficiary’s emancipation patent (EP), certificate of land ownership award (CLOA), or any other title.

All mortgage liens in favor of the national government, as represented by the Land Bank of the Philippines, shall be canceled by the condonation. The Land Bank shall assume the balances of ARBs’ outstanding debts to landowners.

“Farmers or farmworkers who were granted lands under Presidential Decree No. 27, Republic Act No. 6657, and Republic Act No. 9700, and who have outstanding loan balances payable to the Land Bank of the Philippines,” is how the bill defines beneficiaries of agrarian reform.

The Comprehensive Agrarian Reform Law of 1988 (RA 6657) and the legislation extending the purchase and distribution of agricultural lands under CARP (RA 9700) are both known as CARP.

For ten years following the issuing of the certificate of condonation or certificate of land ownership award, Bill No. 6336 forbids the sale, transfer, or conveyance of awarded lands to another person other than through hereditary succession.

Awarded agricultural lands are likewise exempt from conversion for ten years following the issuance of the certificate of condonation or CLOA, according to this Act.

Additionally, ARBs who have yet to receive their assigned lands under the CARP or any other agrarian reform program or laws may get free land distribution under HB 6336.

The legislation stated that “any private agricultural lands covered by CARP or any other agrarian reform program or regulations that have not been distributed at the time of the effectivity of this Act should be distributed at no cost to the qualified recipients.”

The Agrarian Reform Award that was forfeited only for failure to pay annual amortization and interest is likewise refunded under HB 6336. to free ARBs from having to pay back loans given out in connection with agricultural land grants made as part of the agrarian reform program

The proposed rule stated that “any pending administrative or judicial case involving the forfeiture of the agrarian reform award by the DAR solely because an ARB failed to pay the 30-year amortization plus 6 percent annual interest shall immediately be dismissed motu proprio by the DAR or the court.”

The bill states that “the execution of a final and executory administrative or judicial case decision resulting in the disqualification of an ARB, the cancellation of the agrarian reform title, the extinguishment of the rights of possession and ownership of the awarded land, as well as the removal of the person from the awarded land or the dismantling of any improvements found due to an ARB’s failure to pay the 30-year amortization plus 6 percent annual interest”

Any agrarian reform title that is canceled as a result of an administrative or judicial judgment that is final and executory must be immediately recreated.

If the agricultural property has already been given to another benefit, the DAR must, in the interests of equity, give the disqualified ARB another piece of land.

HB 6336, on the other hand, preserves the landowners’ entitlement to just compensation for any agricultural properties that are acquired through the agrarian reform program.

With PBBM’s recovery efforts, the PH economy has been shown to expand.

Cebuano English Filipino An economist predicted on Monday that the […] 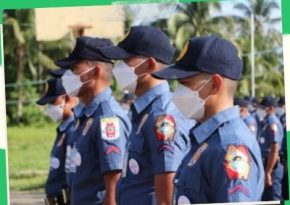 499 cops from the National Capital Region will participate in a public safety training program.

Cebuano English Filipino The Supreme Court’s ruling about the petition […]

Cebuano English Filipino As part of stepped-up security measures for […]

Marcos’ camp expresses gratitude to the PDP-Laban for joining the ‘bandwagon of support.’