Marcos wants to collaborate strategically with Belgium in a number of areas. 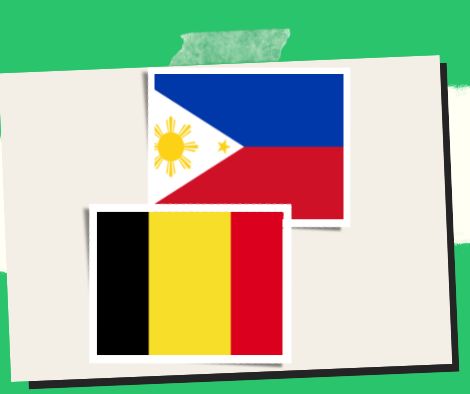 Marcos wants to collaborate strategically with Belgium in a number of areas.

The signing of a joint plan of action between the Philippines and Belgium for 2023 to 2027, which might strengthen their bilateral collaboration, was something President Ferdinand R. Marcos Jr. expressed interest in doing on Tuesday (Philippine time).

Marcos said this while speaking with members of the Filipino community at the Event Lounge in Brussels, Belgium, before attending the commemorative summit between the Association of Southeast Asian Nations (ASEAN) and the European Union (EU).

He informed the Filipino community in Belgium during his speech about his upcoming meeting with King Philippe and the topic of their conversation, which would be the recent celebration of 76 years of bilateral relations between the Philippines and Belgium.

The signing of a Philippines-Belgium Joint Plan of Action for 2023 to 2027, which could further improve bilateral cooperation and enable our two countries to discuss regional and global issues of mutual concern, will also be an opportunity to convey to the King the Philippines’ intentions to pursue a strategic partnership with Belgium in various fields.

He also expressed gratitude to the Filipino community for contributing significantly to the improvement of relations between Belgium and the Philippines.

Based on shared beliefs, the same interests, and the positive reputation that Filipinos have established not only here in Europe but throughout the world, our friendship has remained strong and lively.

And you have played a significant role in that aspect, po, at malaki ang itinulong ninyo diyan,” he continued.

Along with King Philippe, Marcos is scheduled to meet separately with the heads of Belgium, Estonia, the Czech Republic, Spain, Denmark, Germany, Poland, Finland, the Netherlands, and the European Union in ten separate sessions.

Other Filipinos who came from as far away as Luxembourg, the United Kingdom, Germany, France, Poland, the Netherlands, and Switzerland attended the Filipino community event.

Marcos, meantime, lauded overseas Filipinos in Europe for their commitment, charity, and friendliness, which are only a few of the numerous factors that make Filipinos so well-liked abroad.

The Filipino community organizations in Europe “continue to maintain deep and growing friendships with people of different nations despite the fact that we speak different languages and adhere to varied belief systems, we have different types of governments, and we have different tastes in all kinds of things,” he said.

The speaker said, “Filipinos in this area of the world will continue to be highly valued because of your jovial and high-spirited style, your hard work, commitment, and what you do, of course, even more — probably even more crucially, your generosity, your compassion, and your kindness.”

He emphasized that by making significant investments in infrastructure, the digital economy, and human capital development, his administration is on track to generate more high-quality jobs.

In order to guarantee that all of your efforts would not go in vain, he said, “This Administration has embarked on an 8-point socio-economic program that aims to effectively respond to the risks brought about by an unpredictable global political economy, provide adequate safety nets to reduce our vulnerability to shocks, and steer our economy back to its pre-pandemic high-growth trajectory.”

Marcos expressed the hope that the initiatives taken by his administration would prevent as many Filipinos from being forced to work overseas due to a lack of possibilities at home.

“With the help of the new socioeconomic strategy, we will fortify our financial institutions and increase the number of jobs that are both sustainable and compliant with international labor norms. One day, you won’t make decisions to travel abroad because of a lack of opportunities, he predicted.

In order to adequately help those who want to run businesses, he promised to increase access to local markets on an equal basis and in the long run.

Marcos also urged Filipinos living abroad to encourage their international acquaintances to travel to the Philippines and contribute to the country’s expanding economy.

“Invite your friends and their friends to visit our nation and take advantage of the world-famous” Filipino hospitality, which they are already experiencing thanks to you. “Imbitahin ninyo ang inyong mga kaibigan at kanilang mga kasamahan na pumunta at bumisita sa ating bansa upang maramdaman nila ang sikat na”

Encourage them to sample our cuisine, observe our ingenuity, and appreciate and engage with our culture, he said.

According to Susan “Toots” Ople, secretary of the Department of Migrant Workers (DMW), the government is committed to increasing the number of labor attaches to protect the rights of Filipino migrant workers abroad.

“May budget na tayo talaga next year. Husto na kami na nangakatulong sa inyo. I am currently at the labor attaches’ office. Therefore, we will have our own budget the next year when we travel to Europe. Our ability to assist you will improve. We’ll increase the labor attaches. We will research potential locations for them in Europe, Ople stated.

According to her, the Marcos administration is stepping up efforts with Go Negosyo and the Department of Trade and Industry to support Filipinos living abroad who desire to return permanently to the nation.

She pointed out that the Departments of Agriculture and Agrarian Reform will also offer possibilities for returning OFWs who wish to start their own agricultural and agribusiness ventures.

“Malacing bagay [ang] food security [is] ‘yung mga walang lupa pero gustong magtanim din, bumalik sa pagsasaka, alam niyo… ‘ (Those who have no land but want to farm, you know food security is a significant concern.) Yung mga OFWs na babalik, doon sa mga lupa ng gobyernong nakatiwangwang, ay pwedeng ipagamit para kayo naman ay kumita. You may be given access to government lands that are not being used so that you may make money,” she continued.

She added that in order to maintain Filipino employees’ competitiveness in the workforce, the Department of Information and Communications Technology will also encourage their upskilling.

Cebuano English Filipino Delfin Lorenzana, the departing secretary of the […]

The Comelec appoints an acting spokesperson.