Even though Senate Bill No. 230, also known as the Medical Cannabis Compassionate Act, is intended to treat specific ailments, Senator Sherwin Gatchalian has concerns about it because he thinks abuses and a massive proliferation of illegal marijuana may result.

Another hearing on the legislation introduced by Senator Robinhood Padilla was held by the Health and Demography panel on Tuesday.

If a national cultivation program is created, Gatchalian cautioned that there aren’t enough protections to prevent drug addiction.

Because anyone can plant marijuana in the Philippines, as opposed to other nations that practice greenhouse cultivation, he said, “there is a risk of drug proliferation.”

One of the resource people, internal medicine specialist Dr. Tony Leachon, concurred with Gatchalian that there is no assurance that medical marijuana cannot be abused.

He recommended conducting more research because cannabis use can have unfavorable impacts.

A new law is not necessary, he continued, “because we already have one that gives pharmaceutical companies the right to import it for medical purposes.”

The Dangerous Drugs Board (DDB) should create a processing system while waiting for Congress to pass an implementing law to legalize marijuana, according to Senator Nancy Binay.

“Does this indicate that the public will now have better access to cannabis for medical purposes given that you are officially acknowledging its therapeutic use? In the interim, perhaps the DDB can make the system more user-friendly and convenient for people who actually require cannabis, suggested Binay.

Senator Pia Cayetano said that it should be made clear in the measure whether or not only those with known or suspected rare disorders qualify for compassionate usage.

According to medical experts, the bill will help about 30,000 individuals nationally, the majority of whom have chronic pain, epilepsy, multiple sclerosis, nausea, and vomiting.

While acknowledging that some people are opposed to the legislation, Senator Ronald Dela Rosa advocated further research into the potential advantages the measure might have for the sick.

He said in a mix of English and Filipino, “I believe that people who are in favor and those who are against the plan have their own excellent reasons, but let us try to keep our hearts and minds open to any option.”

After hearing the accounts of patients and their loved ones who were denied access to the medication, Padilla claimed he filed the bill.

Those who break the quarantine will be prosecuted, according to the palace.

A legislator makes an appeal for a complimentary rail ride on the LRT and PNR. 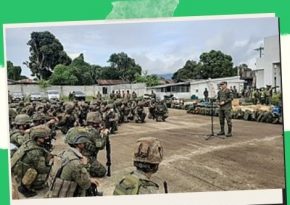 Cebuano English Filipino If the booster vaccination effort is effective, […]

Cebuano English Filipino In order to create livelihood initiatives for […]

Cebuano English Filipino The Office of the President and its […]