Expectations of a further increase in the major policy rates of the central bank this week led to a rise in the rates of the Bangko Sentral ng Pilipinas (BSP) term deposit facility (TDF).

The seven-day facility’s average rate increased slightly from 5.9346 percent to 6.1395 percent during the auction on December 7 of last year.

Even though there were fewer offers this week, both tenors were undersubscribed.

From PHP220 billion last week, the BSP reduced the offer volume for the one-week facility to PHP200 billion.

The total amount of bids, which the auction committee fully accepted, was PHP158.953 billion.

BSP Deputy Governor Francisco Dakila Jr. has frequently linked the increases in TDF rates to the same trajectory for the key policy rates of the central bank, which is anticipated to be increased once more on Thursday.

This is because inflation is still climbing, with November’s figure jumping to 8%, the highest level since November 2002. The previous month’s rate of price rise was 7.7 percent.

Inflation is expected to reach its high either this month or in January of next year, according to BSP Governor Felipe Medalla.

The national government is seeking P300-B in bridge finance from the BSP.

Cebuano English Filipino The national government has requested a lower […] 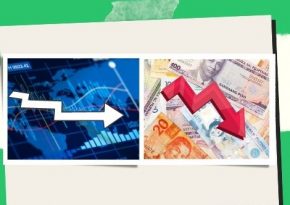 Cebuano English Filipino The major index of the local exchange […]

Cebuano English Filipino The full rejection of bids for the […]

As the economy improves, many expect PH GIR to grow even more.