As China “appears to be edging closer to our land,” Senator Joseph Victor “JV” Ejercito on Thursday urged the government to strengthen the nation’s defense forces and military hardware in the West Philippine Seas (WPS).

“It’s on my wish list to ensure that I can’t bully, in their words. We’ll have anti-aircraft missiles, surface-to-surface missiles, and surface-to-air missiles so that we can defend ourselves against their aircraft invasions (this is my wish list so they know we won’t be intimidated),” he stated.

Senator Francis Tolentino made a privileged speech during the most recent Senate session that indicated China’s military might be entering the nation’s exclusive economic zone (EEZ), which is why the nation needs to strengthen its minimal defense posture to safeguard its territorial integrity. This is when Ejercito made his statement.

This risk is already apparent and obvious. Ito pwedeng Hindi na balewalain (We cannot ignore this). You would notice extensive military bases in the most current images of the disputed islands. Already, it resembles a metropolis. In his comments, Ejercito claimed that “One day we may wake up, if we ignore this, they will annex Palawan” and that “if we continue to be a laggard, if we continue to be a laggard,” then Palawan “may” be annexed.

In order to strengthen the nation’s security against external threats like China, he encouraged his colleagues to enhance financing for the Armed Forces of the Philippines (AFP) and its modernization program in the coming years.

Ejercito is also credited with restoring the PHP10 billion in funds for the AFP modernization program’s Horizon 2 programs and purchases.

“I’m quite proud that our Senate is actively defending our independence. Therefore, he reiterated, “next year,’maging makulit man tayo,’ ‘uulit-ulitin ko, dadagdagan natin ang (we have to be persistent, I repeat, we must raise) AFP modernization (budget) so that we would have the bare minimum defense posture that China will respect.

Ejercito stated that the nation’s territorial integrity is “priceless” and should be protected “at all costs,” despite the fact that the national government has numerous objectives to take into account.

“Over the past few years, the AFP modernization program has consistently seen one of the largest budget decreases. There may be priorities. We live in an impoverished country. We probably need to provide funding for initiatives to reduce poverty, he remarked. 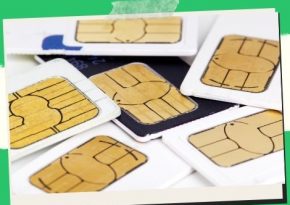 As of January 4 there were almost 14 million SIM cards registered.

Cebuano English Filipino Since the launch of SIM registration on […]