House passes NCST and ROTC legislation after the final reading

House passes NCST and ROTC legislation after the final reading

The House passed House Bill (HB) No. 6687, also known as the planned National Service Training Program Act, which was designated as urgent by President Ferdinand R. Marcos Jr., with 276 votes in favor, 4 against, and 1 abstention.

The enactment of the measure to improve Filipino citizens’ ability to mobilize and carry out their constitutional obligation to give military or civil service to the State in times of tragedies and disasters, national or local emergencies, rebellion, invasion, or war was certified by Marcos as urgent.

The creation of a coordinated, comprehensive, and all-encompassing national citizens service training and mobilization structure, according to Marcos, will make this possible.

The Lower Chamber was able to pass the bill on the same day in the second and third readings thanks to the certification of urgency.

The legislation aims to formalize an NCST program that will be implemented by the Technical Education and Skills Development Authority (TESDA) in all postsecondary technical-vocational institutions (TVIs) and the Commission on Higher Education (CHED) in all public and private higher education institutions (HEIs) (DND).

Romualdez congratulated his coworkers for the quick yet thorough discussion of the proposal.

“The House of Representatives has been working really hard, day in and day out, to approve a number of significant pieces of legislation that we all agree will make a significant contribution to the development of the country. And one of them is the NCSTP law “added said.

“I extend my congratulations to all of my lower chamber colleagues, even those who voiced objections to the proposal, as the final bill has undergone extensive review. And because of it, the Legislature does a fantastic job at fulfilling its mandate “Added he.

The National Service Training Program (NSTP) Law’s Civic Welfare and Training Service (CWTS) and Literary Training Service (LTS) components must be merged into the NCST program, according to the measure’s proponent and chair of the House Committee on Higher and Technical Education, Mark Go.

The NCST program will provide the youth with the necessary, fundamental, applicable, and realistic knowledge and abilities for civic responsibility, emergency and disaster response, and preparedness in the current frameworks of law enforcement, peace and order, territorial defense, and national disaster risk reduction and management for mobilization for military and civil services that produce reservists for the National Service Reserve Corps and Armed Forces of the Philippines’ C. (AFP Reserve Force).

The measure also suggests creating an optional ROTC program for college students with the goal of producing officers for the AFP’s Citizen Armed Force and Regular Force.

The Department of National Defense, CHED, and the AFP will develop the ROTC program, which will be run by the AFP and used to teach voluntary tertiary students to become officers in the Regular and Reserve Force of the AFP.

Go stated, “It shall be constructed in such a manner that graduates of the four-year ROTC Program shall be able to instantly deploy as commissioned officers of the AFP immediately after graduation from the ROTC even as they continue with their baccalaureate degree program.”

He stated that in order to qualify for an AFP entry-level officer commission, the ROTC curriculum of instruction must contain advanced military subjects and courses, practical exercises, and field exercises.

He remarked, “It is incumbent upon us to promote the level of discipline, leadership, and patriotic character of every Filipino kid in accord with the changing circumstances.”

He said that the legislation will advance, preserve, and safeguard the young people of the Philippines’ physical, moral, spiritual, intellectual, and social well-being.

By passing this legislation, he stated, “we hope to foster in young people a sense of patriotism, love of country, moral and spiritual values, respect for human rights, and devotion to the Constitution.”

Cebuano English Filipino The Imelda Bridge will be partially closed […]

Cebuano English Filipino The Commission on Elections (Comelec) held its […] 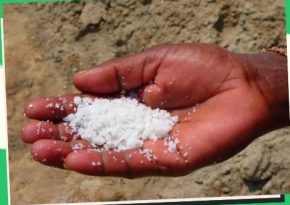 Senators want to change the ASIN Law and increase local production of salt.

Cebuano English Filipino In an effort to resurrect the nation’s […]

Eleazar’s Senate campaign has received support from a group of security workers.

Business licenses, permits, and HR officers will improve service at the front line