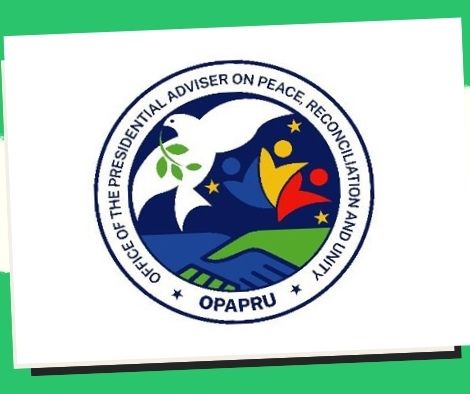 The Communist Party of the Philippines (CPP) founder Jose Maria “Joma” Sison passed away on Sunday, and the Office of the Presidential Adviser on Peace, Reconciliation, and Unity (OPAPRU) expressed hope that this would put an end to the local communist insurgency, which has largely stalled development in the countryside.

According to OPAPRU leader Carlito Galvez Jr., “With the killing of Mr. Sison, it is our hope that it will also put an end to the local communist armed conflict that took the lives of so many Filipinos and slowed down development in the rural.”

It was a time that was predominantly characterized by violent conflict, which Filipinos are still feeling now, especially those whose lives were impacted by the communist movement, Galvez continued.

Galvez declared that the government would forcefully implement interventions to maintain and build on the successes it has made during the peace process, under the banner of unity raised by President Ferdinand R. Marcos Jr.

We, therefore, once more appeal to the nation’s remaining communist movement members to give up the violent struggle, return to the legal system, and integrate into society, he said.

Make use of government assistance

The moment has come for all Filipinos to come together and cooperate in order to bring about a fair and durable peace in our nation, Galvez remarked.

The CPP previously reported that Sison, who had been hospitalized for two weeks, passed away on Friday night at 8:40 p.m.

The CPP is celebrating the 54th anniversary of its founding on December 26 when Sison passed away. In 1968, he established the group.

He and his wife were detained in 1976, under the administration of President Ferdinand Marcos Sr., the current president.

In 1986, following the election of President Corazon Aquino, they were freed from custody.

Following the failure of peace negotiations with the government in 1987, Sison fled on his own to the Netherlands.

Since then, there have been intermittent peace talks before President Rodrigo Duterte ended them in November 2017.

The CPP’s armed and political wings are the New People’s Army (NPA) and the National Democratic Front (NDF), respectively.

Gen. Rodolfo Azurin Jr., the head of the Philippine National Police (PNP), expressed disappointment that the deceased will no longer be tried for the atrocities committed by the NPAs in the past while expressing their condolences to the family of the late CPP founder.

Azurin also advised all surviving insurgents to reintegrate into society and lead peaceful lives in a radio interview.

put an end to a long-running insurgency

The death of Sison, according to Governor Eugenio Jose Lacson of Negros Occidental, must also mark the end of the long-running rebellion.

According to Lacson, who is the chair of the Provincial Task Force to End Local Communist Armed Conflict, “the time has come to end the armed conflict in the country so that we can effectively work towards lasting and genuine peace,” adding that the government has been pursuing peace for a long time.

Asserting that “choosing peace is always the better choice” and that the provincial government is “eager to welcome you back as we vow to build a stronger and progressive Negros Occidental,” Lacson has been pleading with the remaining members of the CPP’s armed wing, the New People’s Army (NPA), to submit.

He continued by saying that the province is closely collaborating with the Department of the Interior and Local Government, the Philippine National Police, the Armed Forces of the Philippines, and civil society organizations to carry out peace-building activities, particularly in the rural communities affected by the insurgency.

Cebuano English Filipino Since the pediatric immunization program began over […]

Cebuano English Filipino On the third and final reading, the […]

IBC-13 franchise renewal is approved by a house panel.