The Bureau of Immigration (BI) is on high alert for travelers from numerous Asian nations where there have been reports of human trafficking.

If I’m not mistaken, there are various nations, including Malaysia and Vietnam.

According to BI spokesman Dana Sandoval in a media interview on Monday, “there are probably three or four nations, especially Asian countries, that are now being monitored due to recent difficulties surrounding the trafficking of workers into the country.”

She claimed that to ensure unlawful actions are prevented, the BI is examining the patterns utilized by bad foreigners.

Sandoval added that lengthy lines at the immigration desks in the nation’s international airports are typical during this time of year.

In fact, she said, “We just attended the Tokyo Immigration Forum and we also discussed this among our peers and other immigration agencies worldwide and the same thing is happening there as well.” She continued, “We can see that gradually the number of travelers is increasing as we approach Christmas and New Year.”

However, she claimed that they are assuring quick processing of both incoming and departing passengers and that immigration counters are staffed entirely.

She suggested being at the airport at least three hours prior to planned flights for anyone who is leaving the nation to work or go abroad. 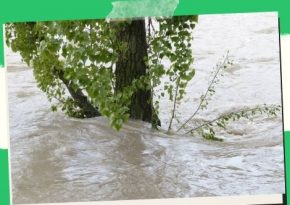 Cebuano English Filipino According to the Department of Education (DepEd), […]

Cebuano English Filipino On Thursday, the Department of Labor and […]

14th group of Filipino nurses and caregivers arrive in Japan

Cebuano English Filipino On Friday, the Japanese Embassy in Manila […]

Filomena Singh, CA, has been appointed to the Supreme Court.