Increasing accountability, transparency, and disclosure, according to an economist, would ease worries about mismanagement, corruption, and other political motivations surrounding the planned Maharlika Investment Fund (MIF).

The MIF bill would need to be adjusted in the area of reporting transactions and investments, according to economist Michael Batu, during a Laging Handa public briefing, in order to avoid a fate akin to Malaysia’s corrupt 1Malaysia Development Berhad (1MDB).

In the 1MDB money scandal, according to Batu, suspicious and dangerous transactions were not reported.

“If there is any corruption at the sovereign wealth funds, we can further investigate by asking what the source of the misconduct is and asking how the money was invested. Therefore, in order for us to understand what kind of companies are investing, we must first know what those companies are. Is the Maharlika Investment Corporation willing to disclose whose corporations are investing in sovereign wealth funds? This information is necessary to determine whether there is corruption involving these funds. Therefore, we must be aware of these companies’ names. Can you tell me which businesses the Maharlika Investment Corporation placed the public monies in? “asked him.

According to him, the disclosure would allay suspicion and aid in identifying or avoiding dangerous and fraudulent investments.

“We are aware of how perilous it may be for the fund to be lost. Therefore, kailangang malinaw sa atin saka sa mga auditors kung saan dinala iyong pera (We are aware that if anything is dangerous, there is a possibility that the fund will experience a loss. Therefore, it is crucial that the general public and auditors understand where they are putting the money “explained he.

He asserted that for disclosure purposes, the Maharlika Investment Corporation’s financial accounts should likewise be made available to the public.

“What kind of reporting is that? How frequently will they report? Will they provide reports every six months or once a year? Non-pwedeng malabo sa batas iyon, kaulangan malinaw iyon. It should be stated in the proposed law how frequently they should report, in Kailangan Malinaw (How often they should report) “said he.

According to Batu, sovereign wealth funds can be effective if they follow rules requiring accountability and openness.

“Failure of the Sovereign Wealth Fund as a whole can be summed up as failures in accountability and transparency; corruption may exist although there is no evidence of natin kaagad nakita. Sayang lang, iyong pagkakataon, ang mangyayari niyan ay magkakaroon ng failure in money. A sovereign wealth fund would collapse if there is a lack of accountability and transparency, or in other words, if corruption is not identified early on. Therefore, even if things are going well, they must be purposeful and intentional in order for them to succeed. A fund collapse would result in the opportunity being lost. To ensure the success of this sovereign wealth fund, it is crucial to modify this idea during Senate discussions “said he.

“Despite the fact that some of my fellow citizens may identify the Maharlika with the Marcoses and mayroong nabi-bring na mga positive and negative memories in the pangalan na iyan, ako ay nagagandahan sa pangalang Maharlika, maganda siyang pangalan. However, if I were to speak for myself, I would say that Maharlika is a good name, even though some Filipinos could link it to the Marcoses and conjure up both good and bad memories. If you were to ask me, why not think about changing Maharlika’s name to something nonpartisan, “added he.

Since the term is neutral and not exclusively associated with a political platform or one individual, he suggested calling it the Philippine Strategic Investment Fund.

Romualdez was the primary author of HB 6608, which asked for the creation of the MIF to encourage economic development by making successful investments in important industries. Additionally, it designated at least 25% of the MIC’s net income towards social welfare initiatives.

Last Thursday, it was passed on final reading with 279 votes in favor, six against, and no abstentions after President Ferdinand Marcos Jr. declared the bill’s passage to be urgent.

Cebuano English Filipino To close the supply deficit, the Department […] 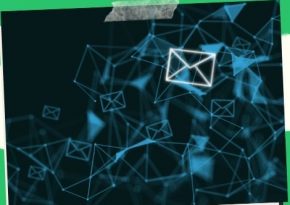 DECODE 2022 by Trend Micro Calls on Industry to Detect & React

Walk-in applicants for educational aid are not accepted: DSWD

Cebuano English Filipino MANILA – For the past two years, […]