On Monday, nations in the European Union (EU) reached an agreement on a natural gas price ceiling that will take effect if the price of fuel on the stock exchange exceeds 180 euros per megawatt-hour or around 1,850 euros per 1,000 cubic meters.

Beginning on February 15, 2023, the mechanism will be automatically activated if the threshold value is exceeded.

The key information concerning the accord was gathered by TASS.

Cap over the going rate

The cap would be applied, according to the European Commission, if gas prices rose beyond 275 euros per megawatt-hour. Several nations disagreed with this; Belgium, Greece, Italy, Slovenia, and Poland wanted the cap to be set at approximately 160 euros.

• The implementation of the new system was resisted by some nations, especially Hungary and Germany. Berlin did, however, back the initiative on Monday, according to Reuters.

• Starting on February 15, 2023, if the price of gas at the TTF hub surpasses 180 euros per megawatt hour for three working days and is 35 euros higher than the average price of liquefied natural gas (LNG) on the global market, the price cap mechanism will be automatically activated.

• If the price cap is implemented, transactions in which the price of gas exceeds the expected price of liquefied natural gas (LNG), which is based on a basket of key worldwide hubs plus 35 euros per MWh, will be prohibited.

• This cap will be in effect for a minimum of 20 working days, but it will end immediately if the “dynamic rate cap” falls below 180 euros per MWh for three straight days. Additionally, it will be revocable by the European Commission in the event of a gas shortage.

• The cap may also be suspended if there are dangers to the stability of the economy, the security of the gas supply within the EU, or dangers from rising demand. The mechanism will be lifted, in particular, if gas demand increases by 15% per month (or by 10% within two months), as well as in the case that LNG imports significantly decline.

• The European Commission has until November 1, 2023, to assess the mechanism’s performance while taking the state of the gas supply into consideration. It might advise extending it based on the findings.

• Dmitry Peskov, a spokesman for the Kremlin, criticized the decision to institute the gas price ceiling as an unacceptable intrusion on market mechanisms. Moscow will need time, according to Peskov, to “thoroughly analyze the pros and downsides” and formulate its answer.

• Despite the fact that the idea to restrict the price of solely Russian gas was ultimately rejected, Russian authorities have frequently cautioned the European Union against setting a ceiling on gas pricing.

• Russian President Vladimir Putin referred to plans to control the price of gas in Europe by administrative measures as “a non-market decision that has no prospects” on September 7 (when the EU was still contemplating doing so).

• Alexander Novak, the deputy prime minister of Russia and head of the petroleum and energy complex, stated in October that nations that enact price caps will be the ones to bear the brunt of them first. The deployment of this method, according to Gazprom CEO Alexey Miller, may result in a halt to Russian supply lines.

Cebuano English Filipino The EU price restriction of USD60 per […]

Ukraine’s president lays out his conditions for dialogue with Russia 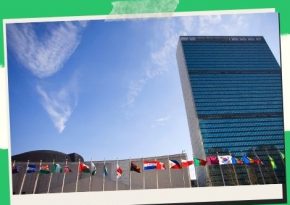 Cebuano English Filipino Cities, which produce the bulk of the […]

What do you need to know about the Russia-Ukraine situation?

Cebuano English Filipino The Group of Seven (G7) countries are […] 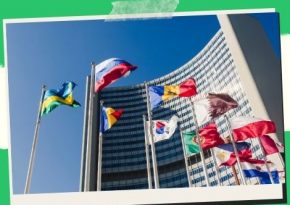 Ukraine is the topic of an emergency session of the UNGA.

Cebuano English Filipino In an emergency meeting of the UN […]