An ordinance allowing the expert display of pyrotechnics or commercial fireworks here has been signed by Mayor John Dalipe.

The “Professional Display Pyrotechnics or Commercial Fireworks Regulatory Ordinance of the City of Zamboanga,” as the law is also called, went into force on Tuesday.

The local government said in a statement that the ordinance permits the professional exhibition, sale, and use of commercial fireworks or pyrotechnics throughout the city.

The City Council previously passed an ordinance that forbade individuals from using pyrotechnics, especially during Christmas and New Year’s Eve celebrations but allowed groups to use them on a restricted basis.

Despite their infrequent use, firecrackers and consumer pyrotechnics are nonetheless illegal to sell, possess, distribute, store, and produce in this city.

“Firecracker use is still not permitted. The organizers must obtain a permit from the Office of the City Administrator in order to conduct a fireworks display, according to Dalipe.

On December 24, 25, 31, and January 1, Chinese New Year, and such exceptional public occasions or celebrations as authorized by the Office of the City Mayor with the support of the City Council, operations of professional display pyrotechnics or commercial fireworks may be permitted.

The City Council passed Ordinance 431 in 2014, which forbids any businesses in the area from using, manufacturing, or selling firecrackers or other pyrotechnics.

The ordinance was passed as a health and safety precaution against injuries caused by fireworks and other pyrotechnics that were reported by the Department of Health and the Zamboanga City Medical Center over the Christmas season.

Cebuano English Filipino According to a representative of the National […] 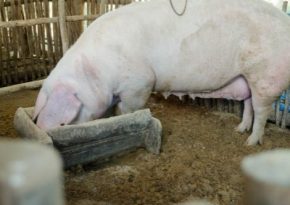 Accept truth and fairness while selecting the country’s next leaders: bishop

Cebuano English Filipino DUMAGUETE CITY — In the May 9 […]

Residents of Bacolod City who have been afflicted by ‘Odette’ have been given monetary assistance.

Cebuano English Filipino The city administration here has given each […]

Campaigns for pedia and booster shots in Iloilo City