The Agno River flood control project is built by DPWH for P45 million.

The Agno River flood control project is built by DPWH for P45 million.

In addition to building flood control projects here and in Mangatarem town, the Department of Public Works and Highways (DPWH) also built a new road system that led to a popular tourist attraction in San Fernando City, La Union.

The 341-lineal-meter riverbank protection structure along the Agno River Basin in Barangay Dorongan Valerio, Mangatarem was finished on October 4, according to a statement issued on Wednesday by Esperanza Tinaza, information officer for DPWH 1 (Ilocos region).

She explained that it would safeguard surrounding agricultural lands and residents from flood damage.

According to Tinaza, PHP45 million has been set aside for the project under the General Appropriations Act (GAA) of 2022.

“The Pangasinan province’s largest land area is in Mangatarem. Although barangays near the Agno River are known to have protected land areas with natural hot springs, she added that they are particularly susceptible to flooding during typhoons and periods of heavy rain.

In order to lessen the city’s recurring flooding, Tinaza said that the flood control riverbank protection project in Barangay Pantal had been enhanced.

She explained that the 148.95 lineal meters of steel sheet piling with finished capping at the river mouth of Pantal River beneath the Pantal bridge were intended to improve flood protection walls.

Fidel de Guzman expressed his gratitude for the DPWH project, saying that because the road in Pantal is no longer inundated, he can now pass by it even during the rainy season.

According to Tinaza, the DPWH has finished building the slope protection structure and overall site development for the Bacsil Ridge Monument in San Fernando City, La Union, for the safety of the inhabitants and the convenience of travel.

The renowned Bacsil Ridge Monument provides views of the metropolitan skyline and San Fernando Bay. It is a haven for bikers and runners who want to push themselves and find new challenges because of the steep, upward slope, she said.

According to Tinaza, the 2022 GAA has allocated PHP4.9 million for the construction of the Bacsil Ridge Monument.

In order to safeguard locals and bystanders from potential landslides on wet days, this involves the use of stone masonry, slope protection, and the paving of shoulders. The outdated Bacsil Ridge Monument and Arch were changed to stainless steel for sustainability, she noted.

Additionally, solar street lights were constructed to provide sufficient lighting at night for drivers and bystanders, helping to lower the likelihood of accidents in the region.

Construction on the project commenced on February 11 and was finished on May 30 of this year. 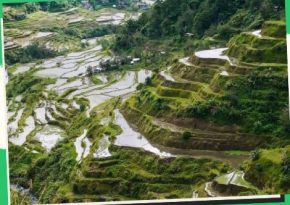 NorMin farmers will benefit from a P12.7 million quick response fund provided by the Department of Agriculture.

Alert Level 3 is raised in 14 more cities and provinces.