Edu Punay is the DSWD OIC

Edu Punay is the DSWD OIC

Eduardo Punay has been appointed officer-in-charge (OIC) of the Department of Social Welfare and Development (DSWD) by President Ferdinand R. Marcos Jr., Malacaang stated on Tuesday.

In a statement, Garafil stated, “We confirm the nomination of Undersecretary Eduardo M. Punay as the Officer-In-Charge of the Department of Social Welfare and Development.”

In addition, the OPS made available a copy of the Dec. 23 Marcos-signed appointment letter for Punay.

Before working for the Marcos government, he was a broadsheet reporter.

According to a second announcement from the department, Punay was chosen as the DSWD OIC “to assure the uninterrupted operations of the agency and that no actions will be derailed or hampered.”

The DSWD claimed that Punay’s appointment was also appropriate, particularly now that relief must be given to those affected by the flooding in Visayas and Mindanao.

Another former journalist and former head of the DSWD, Erwin Tulfo, was passed over by the Commission on Appointments (CA) because of citizenship difficulties and prior libel convictions.

I enjoy Sec. Tulfo. Siya masipag. He is diligent; I say “nasayangan” to him. Although it is a waste, we must carry out our constitutional obligations. On what the justices are stating, we must comment. In a press conference on December 12, Senate President Juan Miguel Zubiri declared, “They have legal views and Supreme Court rulings. “The CA has never affirmed a final conviction for anyone. The legal ramifications will need to be studied, as per our aralan. There is moral turpitude involved.

In addition to four counts of libel, Tulfo neglected to provide evidence showing, as a result of a prior enlistment in the US Army, he is no longer an American citizen.

As vaccinations for children begin, Taguig transforms into a “carnival.”

Cebuano English Filipino As it officially handed out the coronavirus […]

Users of the app can get free accident insurance from Beep Card.

Cebuano English Filipino Users who register their cards in the […]

Cebuano English Filipino From December 16 to December 31, the […]

Cebuano English Filipino On Tuesday, a senator declared that he […] 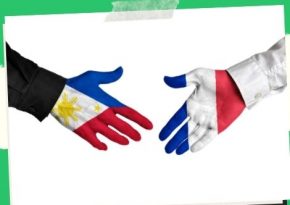 Cebuano English Filipino The French government is eager to work […]