An instant coffee manufacturer’s lawsuit challenging the collection of its tax debt in relation to a 2018 Department of Agriculture (DA) order imposing special safeguard (SSG) taxes was denied by the Court of Tax Appeals (CTA).

A plea by Mandaue-based private corporation Ecossential Foods Corp. asking for the stay of the collection of its tax liabilities in connection with the order issued in 2018 by the DA covering the company’s Kopiko 3-in-1 coffee products was dismissed by the Dec. 1 decision.

In accordance with Republic Act 8800, the DA issued Department Order No. 06 in March 2018 imposing SSG tariffs on some imported goods, including coffee items (Safeguard Measures Act).

A memo circular that implemented the DA order and imposed assessment notices for payment to enterprises covered, including Ecossential, for payment of SSG duty on its Kopiko products, was released in April 2018.

The company asserted that it is not covered by the SSG since the reference prices only apply to instant coffee goods in granulated or powder form, and the SSG only takes effect when “triggered” by price changes in reference years.

A business witness claimed that the Kopiko brand, which includes Kopiko Blanca, Kopiko Black, and Kopiko Brown, is made up of a combination of instant coffee, refined sugar, non-dairy creamer, salt, and other components.

Less than 10% of the finished Kopiko goods contain instant coffee, which is not manufactured from premium coffee beans that are typically used for a different market. The trigger price for instant coffee was PHP203.74 per kilogram.

The coffee maker failed to demonstrate that the official conclusions were incorrect insofar as the trigger prices were reached, the court stated in dismissing the company’s case.

“The petitioner (Kopikoproducts )’s and similar items have all violated their individual trigger pricing, according to the DA’s memorandum. The petitioner provided opposing evidence to establish that the findings therein are false, according to the records. Therefore, the assumption that such official duty has been fulfilled regularly shall stand in the absence of any proof to the contrary “The judge stated. 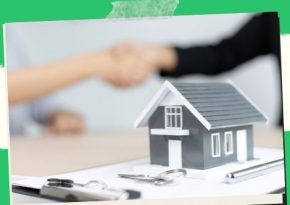 Cebuano English Filipino Despite the ongoing Covid-19 pandemic, the Home […]

Cebuano English Filipino In the midst of the rising conflict […]