Due to a problem, BI personnel were sent out to handle the projected increase in passengers.

Due to a problem, BI personnel were sent out to handle the projected increase in passengers.

After the technical issue at NAIA on Sunday that affected more than 60,000 passengers, Bureau of Immigration (BI) Commissioner Norman Tansingco said on Monday that enough staff had been deployed at the nation’s airports. He added that inbound and outbound passengers are expected to peak in the coming days.

The BI director issued a statement saying, “Following the cancellation of flights due to the technical challenges experienced at the airports, we expect a big number of arriving and departing passengers in the next few days.”

He continued, “This increases the already high number of tourists owing to the holidays.”

Lawyer Carlos Capulong, head of the BI Operations Division, stated in a separate statement that although they anticipate lengthy passenger lines at the immigration booths, BI officials can process paperwork quickly.

All hands are on deck during this crucial time, we’ve got. Additionally, we’ve told terminal chiefs at airports to make sure that every counter is staffed,” he continued.
Additionally, he advised Filipino travelers to use the electronic gates at the BI, which might cut processing times to as little as 8 seconds per traveler.

361 flights to and from Manila were either canceled, delayed, or diverted on New Year’s Day, affecting about 60,000 passengers.

According to Civil Aviation Authority of the Philippines (CAAP) Director General Manuel Tamayo, the traffic system was restarted around 7:45 p.m. Sunday, or 10 hours after the system had been down. 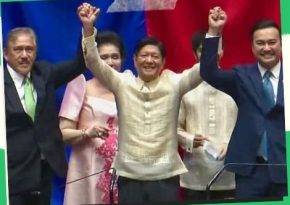 Pag-IBIG is planning to build up mobile branches in a few regions.

P1-B help is distributed by the Department of Labor to workers who have been affected by Alert Level 3 restrictions.

Cebuano English Filipino To avoid fear and confusion, the Palace […]