According to a Senate proposal, cadets of the Philippine National Police Academy (PNPA) should be treated like government workers and given comparable salaries, benefits, and privileges to encourage the personal effectiveness and organizational effectiveness of the main law enforcement agency.

According to Senate Bill No. 1596, also known as the PNPA Cadet Act, introduced by Senator Ramon Revilla Jr., it is only appropriate to promote the general welfare of every PNPA cadet given the rigorous training they receive to become full-fledged law enforcers.

The explanatory note stated, “By providing them with perks that raise their morale, it will open the door for the improved performance of their duties and obligations.”

The PNPA was founded on August 26, 1977, and it is the top law enforcement academy in the nation.

Graduates receive the Lieutenant rank as well as a Bachelor of Science in Public Safety degree.

They might work for the Bureau of Jail Management and Penology, the Bureau of Fire Protection, or the Philippine National Police.

According to the proposed legislation, the cadets would be considered government employees and would be paid a salary that was neither higher than that of a PNP Lieutenant nor lower than that of a Police Executive Master Sergeant. They would also be granted benefits and privileges in accordance with other applicable laws, which would be renewed each academic year until they graduated.

PNPA cadets will be entitled to the same benefits as normal PNP personnel in the event of an injury, illness, or even death while in training.

The temporary appointment must be renewed upon re-entry in the event of suspension or turning back, as determined by the National Police Commission, which will issue the rules and regulations.

A PNPA graduate is required to serve the PNP for an unbroken eight years after graduation.

The cadet is required to pay back the full cost of the program in the event of resignation or absconding before the eight-year commitment is finished. 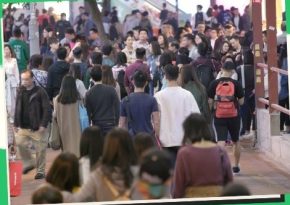 More Filipinos claim that things are better than they were a year ago.

Cebuano English Filipino According to a recent Social Weather Stations […]

Cebuano English Filipino The Philippine Institute of Volcanology and Seismology […]

Cebuano English Filipino The municipal government of Manila served a […]