The Province of Albay will lead other LGUs in paying P1.7 million in power debt

The Province of Albay will lead other LGUs in paying P1.7 million in power debt

The Albay provincial government is prepared to pay its PHP 1.7 million in energy bills with prepared disbursement vouchers.

“The other LGUs will pay their arrears after we do, so we will pay first. It is true that there are many local government units (LGUs) in this area (15 municipalities and three cities), so palagay ko po magkakaroon kami ng moral ascendancy kung magbayad kami at magpatawag po ako ng meeting sa mga mayors po natin. It is also true that this is the aming updated statement of accounts; if you were to make a payment, you might be able to do so. This is our latest statement of accounts; we have already made payment; perhaps you can make the payment now. Kailangan po ng ALECO (so I believe we will have moral ascendancy if we pay; I will convene a meeting with our mayors. ALECO requires that), “said Lagman.

According to him, the provincial administration should make good on its debts within the coming week.

According to ALECO statistics, if all 18 LGUs in the province settle their outstanding energy arrears, a total of PHP16.8 million will be recovered.

Additionally, Lagman stated that there is a local fund of PHP68 million available for the construction of at least two electric substations that will lower ALECO’s transmission losses.

“Once losses are reduced, electricity rates will also be cut,” he said, adding that this will be passed on to customers.

Albayanos received assurances from ALECO acting general manager Wilfredo Bucsit regarding the viability of ALECO’s operations in the upcoming months.

He said that the steady and guaranteed supply of energy has lifted Albayano consumers’ spirits.

He also compared ALECO’s condition to that of “stage three cancer,” however he is optimistic that it would recover and resume operating as a viable electric cooperative.

According to Bucsit, Albayanos can relax knowing that they will have access to enough power for at least the upcoming 12 months.

The province’s residents had been griping about frequent brownouts and more expensive electricity than in other parts of the nation.

Along with the provincial government and ALECO, the National Electrification Administration (NEA) and San Miguel Energy Corporation also guaranteed a steady supply of electricity (SMEC).

Ramon Ang, president and CEO of SMC, agreed to pay PHP500 million to ALECO’s supplier despite prior disputes between Albayanos and Albay Power Electric Corporation (APEC) and has given ALECO an emergency power supply agreement for the following 12 months.

Lagman also pledged the cooperation of the Philippine National Police (PNP) and the Armed Forces of the Philippines (AFP) in the province’s campaign to end unauthorized connections and electricity theft.

Prior to that, ALECO and APEC had a concession deal, but it was canceled when former governor Noel Rosal took the initiative to call a special annual general membership assembly for September 3, 2022.

This made it possible for ALECO to start fully managing and running the province-wide purchase and distribution of electricity on December 25. 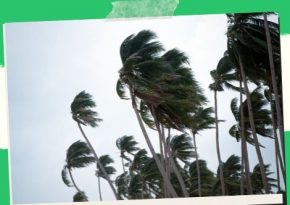 Red alert in Apayao because of TD Maymay

Family meal kits are delivered to Abra by DSWD-3.

The Comelec-Zambo establishes a monitoring panel.

Davao Oro begins work on a facility for storing medications.

Cebuano English Filipino At the provincial capital in Nabunturan town […]

A biochar production facility will open in Nueva Ecija soon.

Cebuano English Filipino The province of Nueva Ecija will soon […]