The Department of Agriculture (DA) welcomed any investigation into the allegedly expensive purchase price of the onions sold at Kadiwa locations on Tuesday.

The DA issued the announcement despite reports that the Office of the Ombudsman will look into the Food Terminal Inc. (FTI) and DA’s procurement procedures, where it is claimed that onions were purchased for PHP537 per kilogram but only sold for PHP170 per kilogram at Kadiwa outlets.

Rex Estoperez, assistant secretary for the DA, stated in an interview that the agency is open to such a move given that all government transactions are constrained by legal procurement procedures.

“Those activities are welcome because they have the right to do so, so welcome naman ‘yung mga ganyang activities,” the speaker said. This is the point, the PHP140 million that was downloaded to the FTI, then there was an onion purchase, he stated.

He pointed out that even Assistant Secretary Kristine Evangelista had expressed an interest in conducting an investigation to determine the actual state of affairs on the ground.

“You ought to be prepared. You will always be questioned about the fund. Alam mo dapat kung transparent ka, kasama ‘yun sa budget o. If you’re being transparent, you should be able to defend what will be included in the budget for your pondo. You ought to be able to explain how and where your money was spent),” he continued.

“There are rules if you have to use government funds. Therefore, you must comply or else face the Commission on Audit. He said in a combination of English and Filipino, “We also offer internal audit services.

Estoperez added that the DA will meet on Friday to talk about a variety of topics, including the suspected manipulation by an onion cartel.

Prior to now, Senator Cynthia Villar stated that the investigation into the operation of an onion cartel, which generates “fake demand” to manipulate market pricing, was completed in 2013.

Estoperez claimed that at the Laging Handa public briefing, Assistant Secretary James Layug had been encouraged to investigate into a potential connection between the recipient of illegal onions and the highest bidder for local onion supplies.

The DA stated that it will also investigate onion online merchants’ business practices.

The DA said in another statement that it had already seized agricultural goods worth PHP78.9 million that had been brought in illegally.

These were taken between December 2017 and January 2018, with the most recent operation taking place on January 5 and resulting in the seizure of fresh carrots valued at about PHP 2.2 million in a container belonging to Asterzenmed Inc.

It stated that intelligence activities for shipments under the three wrongdoing consignees were still ongoing. “DA Assistant Secretary for DA Inspectorate and Enforcement James Layug verified this.”

These illegally obtained onions must go through a rigorous phytosanitary inspection before being allowed onto the market, according to President Ferdinand R. Marcos Jr., who is also the concurrent head of the Department of Agriculture.

In a statement, Marcos stated that customer safety is of utmost importance, particularly as the origin of the onions was still unknown.

Because there is just one batch that is being used, they must be extremely safe (Many shall be sick). Therefore, such is the scenario, he added.

The chief executive also mentioned the possibility of “tapping third-party inspectors” for the phytosanitary inspection, noting that the typical inspection cost can be as high as PHP5,000/kg.

The DA had already promised that these illegally obtained goods would not be sold after it was determined they were unfit for human consumption.

Cebuano English Filipino On Sunday, the National Task Force Against […] 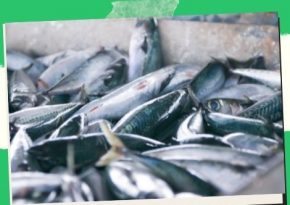 Sufficiency of the local sardine supply in PH: DA-BFAR

Cebuano English Filipino Consumers were given the reassurance that there […]

Cebuano English Filipino The Philippines and China have yet to […] 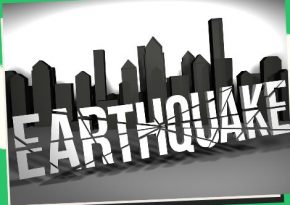 Andanar’s IRR is being reviewed by OES for the Department of Migrant Workers.