Siquijor was added to the Negros Island Region by a new House bill.

Siquijor was added to the Negros Island Region by a new House bill.

The House committee on local government has approved the substitute bill to create the Negros Island Region (NIR), which now includes the nearby island province of Siquijor.

“The governor (Jake Vincent Villa) and congressman (Zaldy Villa) of Siquijor have shown that they really want to be part of the separate region,” said Negros Occidental Sixth District Representative Mercedes Alvarez, a member of the body’s Technical Working Group (TWG), in an interview here Tuesday night, after the bill was passed earlier in the day.

She also said that after the first reading of a proposed law, the NIR-TWG will be put together to make a plan for making the new region.

“Now, we’ll move on to the Appropriations Committee, since this bill would need money. After this, the plenary debates will move on to the second reading, and then the third reading “Alvarez said.

All of the legislators from Negros Occidental, including Alvarez, Greg Gasataya of Bacolod’s Lone District, Gerardo Valmayor Jr. of the First District, Alfredo Maraon III of the Second District, Jose Francisco Benitez of the Third District, Juliet Ferrer of the Fourth District, Emilio Bernardino Yulo of the 5th District, and Joseph Stephen Paduano of Abra, have introduced the consolidated bill, which is called

Before the NIR was made, Benitez, Ferrer, and Maraon each put forward their own bill to make it happen.

In the replacement bill, it says that Negros Oriental, Negros Occidental, Bacolod City, and Siquijor will make up the NIR.

The bill says that the NIR-TWG will be made up of the Office of the President (OP), the Department of Budget and Management (DBM), the Department of the Interior and Local Government (DILG), representatives from the Office of the Governor of Negros Occidental, Negros Oriental, and Siquijor, and all the elected members of the House of Representatives from these provinces, including Bacolod City.

It also said that the DILG will be the Secretariat until the TWG has done its job.

The bill said, “The TWG shall make a plan for setting up the institutions for the NIR and recommend to the OP the preferred regional center.”

Also, the NIR-TWG will “arrange the requirements for the organizational development, staffing, and budgeting of regional line and regulatory agencies, as well as the needs for development planning and investment programming.”

Last month, the committee on local government in the Senate passed Senate Bill 1236, which was written by Senator Joseph Victor Ejercito. This bill aims to create the NIR to improve the way government services are delivered and make life easier for people in the region, which is in line with the administration’s goal of “rightsizing.”

Cebuano English Filipino A group of teenage volunteers is gathering […]

Cebuano English Filipino The Commission on Elections (Comelec) in Negros […] 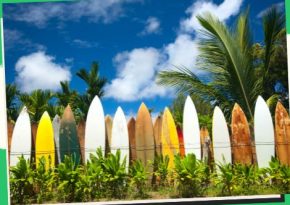 From January to September, 72K tourists visited the town of Siargao.

Cebuano English Filipino Between January and September of this year, […]

Comelec-Zambo is getting ready to register new voters.