Natural catastrophes cause billions in losses that could have been utilized to fund health and social welfare programs, harming livelihood and the economy.

The Philippines is one of the countries that are eligible for financial assistance under the 2015 Paris Agreement on the effects of climate change, according to Senate President Pro Tempore Loren Legarda.

The nation also benefits from the global Green Climate Fund (GCF), which was established to support the Paris Agreement and Kyoto Protocol and intends to finance developing nations’ efforts to mitigate climate change and adapt to it.

Despite the fact that the Philippines gains from these grants, Legarda stressed the need for a national strategy to confront the grave climate catastrophe.

The loss and damage fund, she stated in a news release, “won’t make up for what we’ve lost in terms of lives, livelihoods, properties, and opportunities, but it will assist put us on the right development track, just like post-war reparations.”

In order to develop defenses, protect every Filipino from the effects of climate change, and reorient the economy and society “towards low-carbon development and growth that would minimize global warming and the intensity of climate change,” Legarda emphasized the need for climate finance.

The Philippines joined the High Ambition Coalition for Nature and People in November of last year with the goal of increasing public and private funding for the protection of at least 30% of the world’s land and ocean.

We shouldn’t solely rely on the GCF, it says, “Hindi lang tayo dapat umasa sa isang grant gaya ng.” Addressing the climate catastrophe should involve the entire government and the entire country, she said. “These few grants won’t alter the situation at all.”

She stated that among other things, local governments need to be adept at geohazard mapping, evacuation, and early warning systems.

Legarda asked her coworkers to understand their crucial roles in addressing the emergency caused by the changing climate.

Legarda urged people to seize the chance to do good, to act morally, and to envision a better future free from the twin crises of climate change and biodiversity loss.

DFA executive: Urgent action is required due to the oceans’ dire situation

Cebuano English Filipino In light of the critical condition of […] 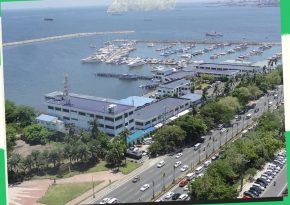 A lawyer was suspended for making a false claim against a widow in an inheritance case.

Cebuano English Filipino After suspending a lawyer for three months […]