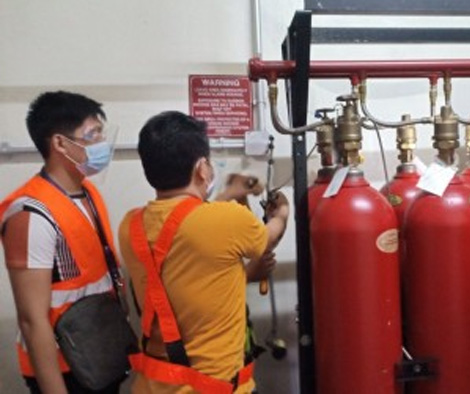 The MRT-3 stated in a Facebook post that it has completed functional testing of its freshly replenished carbon dioxide (CO2) tanks, which link to the powerhouse of every station and signaling room.

The CO2 tanks, according to the MRT-3, function as a fire extinguisher in the event that smoke or fire is discovered.

It went on to say that a well-functioning CO2 chamber is an important component of the fire detection and alarm system for ensuring accident-free line operation and passenger safety.