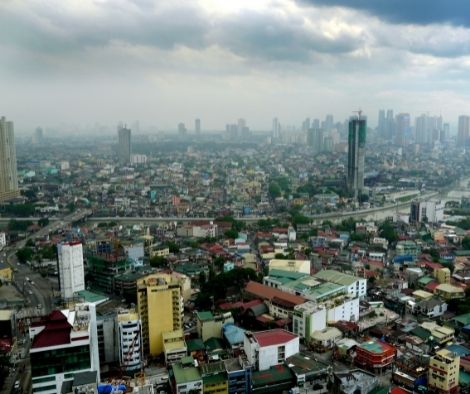 The persistent heavy pollution that was seen in Manila on Tuesday is hazardous, particularly to the elderly, children, and those suffering from pre-existing medical problems.

As reported by the Manila Department of Public Service (DPS), air quality testing revealed that pollution from mobile vehicles and other industrial sources was the primary source of smog in the city of Manila.

The DPS also denied the notion that the haze was caused by the unstable state of the Taal Volcano, which was spread via social media.

Since June 25, according to DPS Director Kenneth Amurao, a rising concentration of Particulate Matter (PM) 2.5 has been observed in the city.

From 10 a.m. on Monday to 9 a.m. on Tuesday, the DPS will provide an air quality monitoring report. According to Amurao, the Air Quality Index City was found to be harmful for sensitive groups on Tuesday, according to the results of the study.

According to the DPS report, “Low wind speeds have been recorded in the city since Sunday, which also leads to reduced dispersion of particles in the atmosphere.”

Individuals with lung and heart problems, older individuals, and children are at higher risk from air pollution exposure, according to the Department of Public Health (DPH).

When going outside, Amurao recommends using surgical masks, such as the N95 or KF94, or any other tight-fitting masks.

Five air quality sensors have been placed in the city of Manila, including one at the Freedom Triangle roadside opposite the City Hall, one at Mehan Garden, one at Rizal Park, one at the roadside of Barangay 128 in Tondo, and one at the Aurora Boulevard junction in Sta. Cruz.