G20 foreign ministers are concerned about food security across the globe 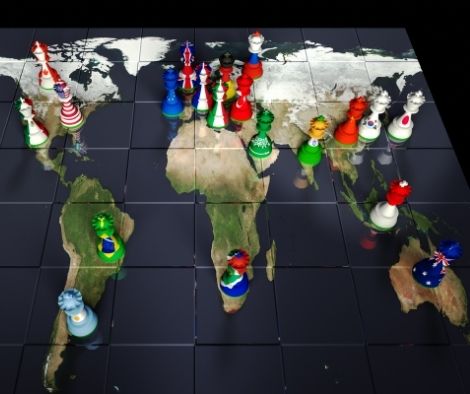 G20 foreign ministers are concerned about food security across the globe

According to a statement issued following a meeting in Italy on Tuesday, the foreign ministers of the G20 nations expressed great concern over food insecurity across the globe.

It was issued after a meeting between foreign affairs and development ministers, representatives from UN agencies, and other partners in the southern Italian town of Matera. “We express deep concern about the state of food insecurity around the world,” they said in the G20 declaration after the meeting.

According to the parties, they met “to contribute to strengthening international efforts to contain the effects of the pandemic on lives and livelihoods and to build forward better” in the wake of the coronavirus disease 2019 (Covid-19) pandemic. The declaration on food security, nutrition, and food systems was adopted, as was a call to action amid the pandemic.

“If present trends continue, the number of people afflicted by hunger would reach 840 million by 2030,” according to the statement released.

It was said that poverty reduction, food security, and sustainable food systems are essential to eliminating hunger, as well as promoting social cohesion and community development, in addition to supporting economic growth.

They are also necessary for reducing socio-economic disparities both between and within nations, developing human capital, advancing gender equality, empowering young people, and promoting overall inclusive economic growth and sustainable development, according to the report.

The statement encouraged nations to take effective action to empower women and young people in both rural and urban settings, as well as to improve social safety measures and programs, among other things.

A request was made for nations to increase catalytic investments in food security and nutrition, as well as in sustainable food systems and territorial development.

A number of other recommendations were made in the paper, including “accelerating the adaptation of agricultural and food systems to climate change” and “supporting a science-based holistic One Health approach.”

It was also said in the statement that “we are committed to stepping up our joint efforts to put this call for global mobilization into action.”