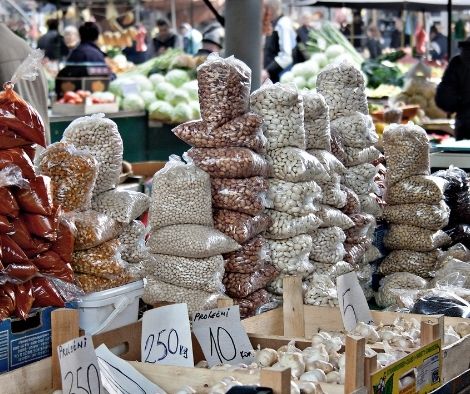 The Food and Agriculture Organization of the United Nations (FAO) said on Thursday that world food prices dropped in June for the first time in 12 months.

A year after posting a streak of 12 consecutive monthly gains, the FAO Food Price Index fell 2.5 percent from May to average 124.6 points in June.

According to the statistics, the number was still 33.9 percent more than it had been during the same time the previous year.

The price of vegetable oils, cereals, and, to a lesser extent, dairy goods all fell, contributing to the overall decrease.

Developed by the Food and Agriculture Organization of the United Nations (FAO), the FAO Food Price Index is a trade-weighted index that monitors international market prices of five main food product categories.

The vegetable oil price index saw the biggest drop, falling 9.8 percent, marking the first time in four months. The drop was mostly due to decreased worldwide prices for palm, soy, and sunflower oils.

After declining by 2.6 percent in May, the FAO Cereal Price Index is still 33.8 percent higher than the index’s value in June of last year.

As foreign quotes for all of the dairy products included in the index dropped, so too did the dairy price index, with butter seeing the greatest decline.

Contrary to this, the FAO Meat Price Index increased by 2.1 percent in June, marking the ninth consecutive month of growth. However, the index remains 8.0 percent behind its high set in August 2014.

In addition, the sugar price index increased by 0.9 percent month on month in June, marking the third straight monthly rise and a new multi-year high for the commodity.