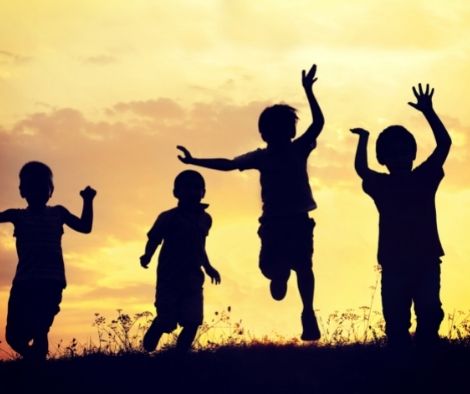 It was announced on Saturday by Malacañang that allowing children as young as five years old to play outside would assist improve their well-being in the face of the ongoing coronavirus disease 2019 (Covid-19) epidemic.

Speaking on radio, Presidential Spokesperson Harry Roque said that youngsters should be provided more opportunities outside of their homes since Covid-19 has already taken a toll on their physical and emotional well-being.

According to Roque, “Our first focus is the physical and emotional well-being of the youngsters in our organization.” “Now that the weather has improved, we’re allowing them to get some fresh air and view some of the sights outdoors,” says the mayor.

Local government entities, on the other hand, have the authority to raise the age limit in accordance with the Covid-19 situation in their respective jurisdictions.

Roque said that the new policy of the IATF-EID was based on “science.”

Moreover, he assured that the children’s safety would not be jeopardized, noting that the activities would take place outside and that rigorous health procedures will be adhered to at all times.

“Alam niyo po kasi. binabalanse natin dahil mahigit isang taon nang hindi pupuwedeng lumabas ang ating mga kabataan. At mayroon pong impact sa kanilang physical at mental na kalusugan.” As a result of the youth’s inability to walk outdoors for more than a year, there has been an adverse effect on their physical and emotional well-being.) According to Roque, “it has an effect on their physical and emotional well-being.”

When the nation was struck by Covid-19 last year, the authorities imposed travel restrictions on the general population.

As outlined in IATF-EID Resolution 125, which was issued on Thursday, children are only permitted to enter outdoor areas such as parks, playgrounds, beaches, bicycling and hiking trails, outdoor tourist sites and attractions as defined by the Department of Tourism, including outdoor non-contact sports courts and venues, as well as alfresco dining establishments.

According to the resolution, mixed-use indoor and outdoor structures and amenities such as malls and other similar businesses are not included in the permitted outdoor spaces for children to play.

The newest IATF-EID regulation does not apply to areas under GCQ that are subject to “heightened limitations.”