348 OFWs were returned from the United Arab Emirates 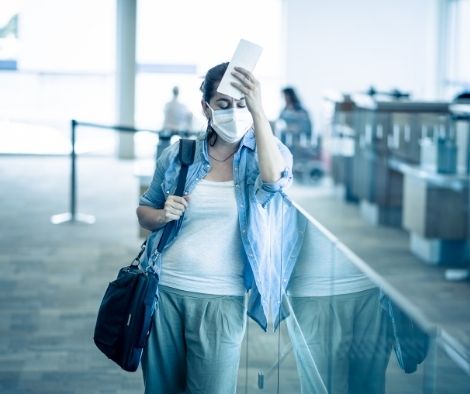 348 OFWs were returned from the United Arab Emirates

In the fourth batch of repatriations since travel restrictions were imposed in seven countries, including the United Arab Emirates, last month, the government has returned 348 overseas Filipino workers (OFWs) from Dubai and Abu Dhabi, marking the end of the fourth round (UAE).

According to a report submitted to the Department of Labor and Employment (DOLE) by the Overseas Workers Welfare Administration (OWWA) and the Philippine Overseas Labor Office (POLO) in Dubai, the repatriates left the United Arab Emirates on Saturday and arrived at the Ninoy Aquino International Airport on Sunday morning via Philippine Airlines.

According to an OWWA press statement issued on Sunday, the cost of the chartered aircraft was covered by the organization, and the repatriation was handled in conjunction with the Philippine Consulate General in Dubai.

The repatriation of about 2,000 OFWs and their families from the emirates is being considered.

The Department of Foreign Affairs was in charge of the first three groups of immigrants.

Four additional DOLE-OWWA repatriation flights are scheduled for the weeks of July 12, 17, 27 and 30, respectively.

The remaining OFWs were individuals whose planes had been canceled or who had overstayed their visas.

One of the passengers was a home service worker who sought refuge at the POLO Dubai after coming across an OWWA employee at the airport. The other passengers included a couple of OWWA employees.

Her boss purchased her airline ticket and sent her out at the Dubai International Airport on July 5. She was unable to board her trip, which comprised of numerous layovers and connecting planes, due to a technical malfunction.

Thank you so much, and please accept my heartfelt gratitude on behalf of the whole Aking Pamilya. Now I can spend more time with my family,” she remarked, according to Department of Labor officials.

Following quarantine, the returned OFWs will be transferred to their hometowns if they have been found to be free of Covid-19.

OWWA will also cover the costs of hotel accommodations and meals for the OFWs while they await the results of their tests.

The Inter-Agency Task Force for the Management of Emerging Infectious Diseases has granted permission for the operation of special commercial aircraft to transport OFWs who were stuck in the Middle East and other countries affected by the incoming travel restriction back to the Philippines.

Travel restrictions for travelers from India, Pakistan, Nepal, Bangladesh, Sri Lanka, Oman, and the United Arab Emirates, which were imposed in early June, have been extended until July 15 owing to the danger presented by the Delta coronavirus strain, which has been identified in the United States.