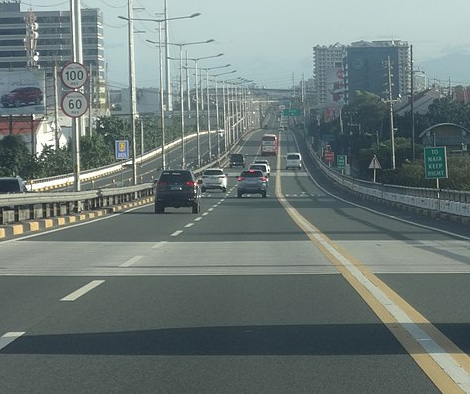 Following the first day of toll collection on the elevated expressway, Skyway O&M, the Skyway system’s operator and a unit under San Miguel Corporation’s (SMC) SMC Infrastructure, expects more seamless movement along with the new Skyway Stage 3 with the implementation of new measures to avoid congestion on access and exit points.

Even a day later, these changes resulted in quicker vehicle throughput at high-volume toll plazas.

“Many vehicles were stranded in traffic last Monday, which is terrible. Please accept our apologies for the inconvenience. While this was not entirely anticipated on the first day of toll collection, we recognize that we must improve. “Hopefully, as a result of the steps we’ve put in place, traffic conditions will continue to improve and normalize,” SMC president Ramon S. Ang said in a statement released Wednesday.

According to Ang, traffic flow at toll plazas slowed Monday owing to cars with inadequate load, as well as those taking advantage of free RFID sticker installation and re-loading on the spot.

“Our Skyway crews are constantly on the ground, and our expressways are monitored by cameras 24 hours a day, seven days a week. If there is a problem, we can react immediately and take remedial action,” he said.

Motorists who do not have RFID tags, prefer to pay in cash, or have an insufficient amount are requested to leave the toll booth and park to the side in order to avoid inconveniencing current ETC users. They may choose between having RFID tags inserted or refilled, or paying in cash.

Vehicles without RFID or with insufficient balance are routed from Balintawak to Del Monte Toll Plaza B, where their RFID tags may be fitted or refilled.

Starting Tuesday, or the second day of toll collection, traffic throughput at toll plazas was substantially improved, according to Skyway O&M.

For example, traffic lines at the Buendia southbound exit, which has just two lanes and was congested on Monday, were much shorter, measuring up to 200 meters. This was only seen during rush hour, which began at 8 a.m.

While the overwhelming majority of motorists paid their tolls electronically, a tiny proportion, or 4%, of cash-paying motorists and users with inadequate load delayed toll plaza processing times.

Additional steps have subsequently been taken to solve these problems, resulting in improved traffic flow.

Skyway 3 was soft-opened in December and has been accessible to the public for almost seven months, with SMC foregoing PHP3 billion in revenue.

The Toll Regulatory Board (TRB) had just recently issued a notification that Skyway 3 will begin collecting tolls.

“Previously, if you were stopped on NLEX or Quezon City and needed to go to Alabang or Makati, or vice versa, you had no option but to sit in traffic for two to three hours. Today, motorists may choose to utilize Skyway Stage 3 for convenience and quicker journey times. There would be reduced congestion on Edsa, C-5, and other important thoroughfares as more cars are redirected to Skyway 3, resulting in better traffic on our public roads,” Ang added.

SMC and TRB collaborated to come up with toll rates that are much cheaper than the original toll charge matrix, especially for cars traveling short distances.

In addition to foregoing income for seven months, SMC had delayed recovery of a substantial amount of the project’s right-of-way expenses due to the pandemic’s economic effects.

“I’d want to encourage our drivers who haven’t yet received their free RFID stickers to do so and to make sure they’re activated with enough credit. This policy, which was pushed by the government last year, is for everyone’s safety and convenience, according to Ang.

He claims that utilizing RFID would result in better, safer, and quicker highway travel.

“As a reminder, please pay attention to the toll lanes you are utilizing. If you don’t have enough balance, don’t utilize ETC-only lanes since there are consequences. Please utilize the designated lanes for RFID installation or reloading if you have insufficient balance. Most importantly, always be courteous to other motorists and tollway employees,” he said.

Meanwhile, to prevent additional delays on the expressways, motorists are encouraged to use the many Autosweep reloading stations.